The Last of the Lion-tailed Macaques

This interesting fellow is the Lion-tailed Macaque (Macaca silenus) and it ranks among the world’s rarest and most endangered primates. It’s an Old World monkey with only around 2500 remaining in the wild. They only get to be around 15-33 lbs, so they’re known as one of the smaller species of macaques.

As you may have noticed, the Lion-tailed Macaque is defined by its large, silver mane that surrounds its black face and its tail that ends in a black tuft, similar to a lion’s.

When you look at this monkey, you might think to yourself, “Hmm.. I bet this guy sticks out like sore thumb in its habitat!!!” Well, you’d be wrong. You see, in the forest where it lives (high up in the trees), light shining through the leaves creates light and dark patches, so that the Lion-tailed Macaque’s marking blend in perfectly. Niiice. 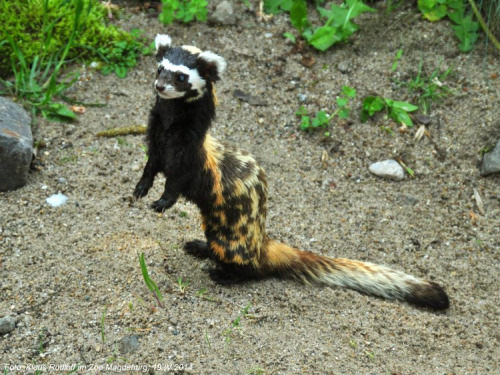