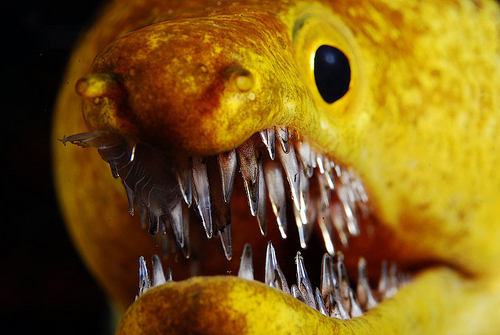 Now this is the stuff of nightmares! This is the Fangtooth Moray Eel (Enchelycore anatina) and I think we can all see where it gets its name from. They grow to around 4 ft in length and can be found at depths of at least 10 m, concealed amongst rocks and rubble – because where else would you expect to find something like this?

The Fangtooth Moray also goes by the Tiger Moray because of its yellow and black striped coloration. Of course, that’s where the similarities end and the terror begins as this eel is characterized by its elongated jaw laden with [way too many] long, almost glass-like teeth that make puncturing unsuspecting fish a breeze. There’s an outer row of inch-long teeth alternating with 3-5 smaller teeth, and an inner row of long and spaced teeth. The fact that they look like they’re made out of glass makes them even cooler… and also way more terrifying. I can just imagine being bit by this guy, feeling those razor-sharp glass-like ‘shards’ digging into my flesh. Yeah, thanks but no thanks! 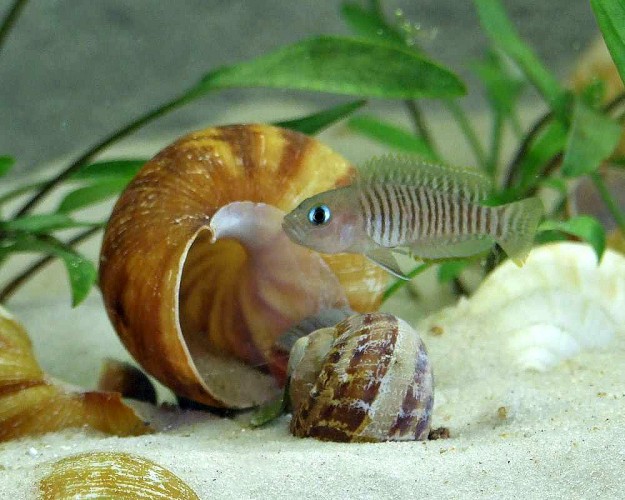 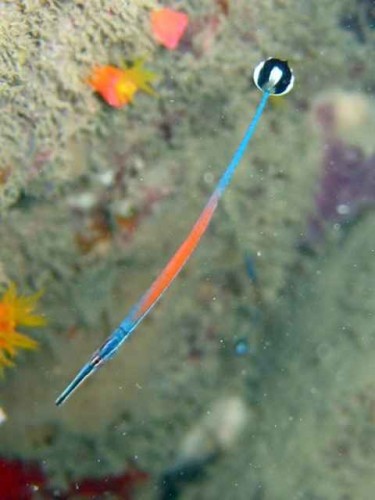