The Silkie Chicken is the lap dog of the chicken world, with many people owning them because of their docile temperament and amazingly soft & fluffy feathers. It looks like a living cotton ball when walking in your backyard. Some other peculiar attributes of the Silkie are that it has dark blue (almost black) skin, bones, and blue earlobes!

The Transylvanian Naked Neck is not the prettiest of chickens to say the least. Sometimes it’s called a Turken due to the mistaken belief that this was a cross between a turkey and chicken. It’s just a really ugly chicken, simply put.

Plymouth Rock chickens, otherwise known as Barred Rock Chickens, are uniquely colored with their zebra-patterned feathers and bright red faces. Up until World War II, no other breed was kept and bred as extensively in the United States as the Plymouth Rock.

Known for their crazy tail feathers which are known to exceed a length of 20 feet (wow!), the Phoenix has been bred in Japan for a thousand years. To maintain these tails, the birds are kept up on high roosts the way parrots are.
The Araucana

An odd bird, the Araucana is characterized by their feather tufts near their ears, lacking any tail, and the fact that they lay blue eggs – which makes them very popular around Easter I’m sure.

A funny looking chicken with an even funnier name, the Frizzle developed from a mutation which makes the chicken’s feathers curve outward instead of laying flat like “normal” chickens. I put normal in quotes because I don’t want to offend any Frizzle fans out there. Your chickens are perfectly normal…ish.

The Laced Polish Chicken has the unfortunate burden of looking exactly like David Bowie in the movie The Labyrinth. Does anyone remember that movie? It was one of my favorites as a kid but even then David Bowie kind of freaked me out. The Laced Polish chickens are known for their crest of feathers that almost completely cover their heads, which is probably pretty obvious.

image credit: mypetchicken.com
Another type of Polish chicken, the Golden Polish is really interesting with its golden feathers laced with black and large clump of crest feathers.

Last but not least, the La Fleche chicken doesn’t disappoint with its strange V shaped comb that gives it a devilish appearance. Wouldn’t want my chicken nuggets made out of this guy, I’d be afraid I’d get possessed or something – don’t want to take any chances and end up like Emily Rose. *Shudder* 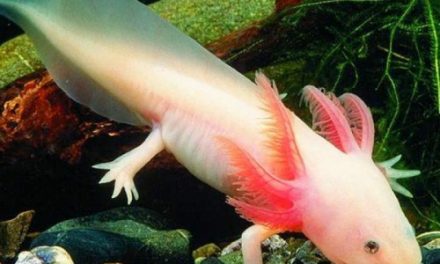 5 Strange and Intriguing Fish to Add to Your Aquarium

6 of the Most Disgusting Animal Defenses in Nature