For the first time, a giant red leech, almost 20 inches in length, has been filmed slurping down a blue earthworm like a piece of spaghetti. Looking like some sort of mix between The Thing and The Blob, this hideous yet fascinating creature is captured sucking down an earthworm that’s 27 inches in length! Apparently these leeches have outgrown the taste for blood alone and have upgraded to fleshy worm goodness + blood + guts… leeches 2.0 guys. Watch out.

The article released by Telegraph about the giant red leech says that it does it not yet have a taxonomic name but is known to the tribes of Mount Kinabalu as the ‘Giant Red Leech.’ Oddly enough, when I went online in search of more giant red leech goodness, I actually came across a wikipedia article with a latin name: Mimobdella buettikoferi. Not saying this is the exact species, but they do both seem to inhabit Mount Kinabalu, Borneo… and it makes me wonder how many species of giant red leeches are slithering around out there if these really are two different species.

If this terrifying spaghetti monster is Mimobdella buettikoferi, they’ve been known to come out after intense rainstorms in Kinabalu Park at an elevation of 2,500 to 3,000 metres (8,200 to 9,800 ft) where the trail runs over a rocky outcrop near to the Mempening and Paka Cave shelters (in case you want to go on a horror movie-style recon mission to find one).

The footage was captured by BBC filmmakers for the new series ‘Wonders of the Monsoon.’ In the clip you can see the leech sniffing out an end of the worm to latch onto – and subsequently rope into its mouth. When it encounters its prey it quickly latches on and moves its lips up and down the iridescent blue body.

“It was either searching for an end to grab, or was working out whether it was too big to eat” said documentary director Paul Williams.

“When it found an end it started to suck. It was incredible”

“The result is that we could confirm the predatory behaviour of a rarely-seen and unidentified species for the first time.” added Williams.

Finding the species on Mount Kinabalu, the biggest mountain in Borneo, was a huge challenge and the team worked with ecologist Alim Bium to locate the leech.

“If you want to film a predator the best thing to do is to find its prey,” said Williams. Tell that to the earthworms. 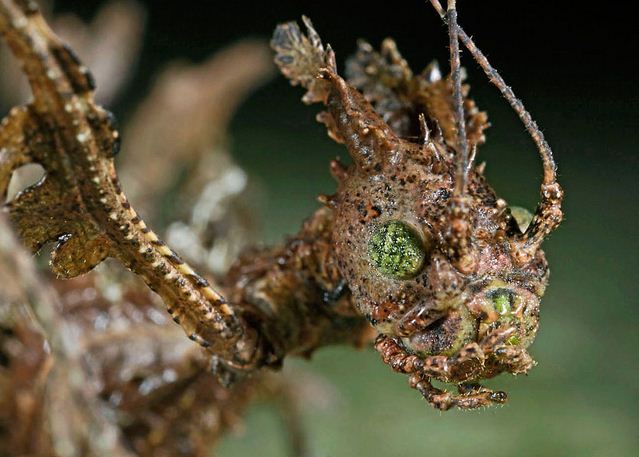 RUN! It’s the Moss Monster From the Black Lagoon!!

What, did the Cymothoa exigua Get Your Tongue?

This website uses cookies to improve your experience while you navigate through the website. Out of these, the cookies that are categorized as necessary are stored on your browser as they are essential for the working of basic functionalities of the website. We also use third-party cookies that help us analyze and understand how you use this website. These cookies will be stored in your browser only with your consent. You also have the option to opt-out of these cookies. But opting out of some of these cookies may affect your browsing experience.
Necessary Always Enabled

Any cookies that may not be particularly necessary for the website to function and is used specifically to collect user personal data via analytics, ads, other embedded contents are termed as non-necessary cookies. It is mandatory to procure user consent prior to running these cookies on your website.