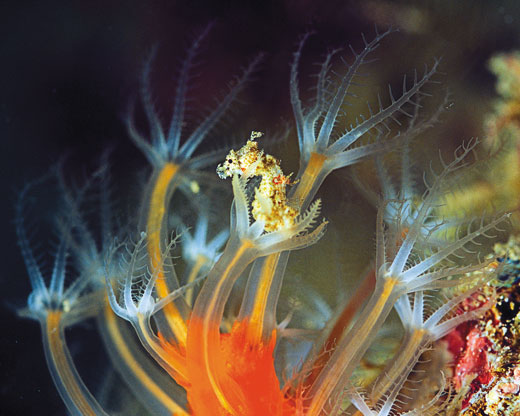 You’re looking at the world’s smallest seahorse (or at least, that we know of). It was only just recently discovered back in 2008 in the waters of the islands surrounding Borneo. It’s called Satomi’s pygmy seahorse (Hippocampus satomiae) after the dive guide, Satomi Onishi, who collected the first specimens.

Satomi’s pygmy seahorse only grow to an average length of 13.8 millimeters (0.54 in) and an approximate height of 11.5 millimetres (0.45 in). That’s super tiny. Stop and think about that for a second! No wonder it took so long to find these guys. How could you ever spot them?

Hippocampus satomiae was selected as one of “The Top 10 New Species” described in 2009 by The International Institute for Species Exploration at Arizona State University and an international committee of taxonomists. 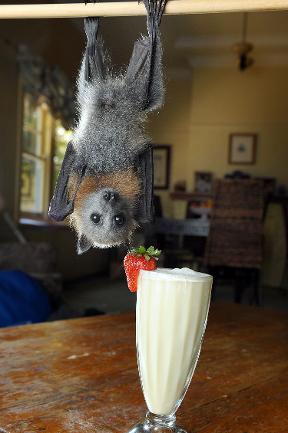 Here’s Some Photos of a Fruit Bat Enjoying a Tasty Smoothie!

Time for Some Hourglass Dolphin