As you’ve just seen, Pallas’s Cat (or the Manul as it is often called), is a very multifaceted creature. It’s about the size of a domestic house cat but it has some characteristics that make it quite different from our furry friends.

It has quite the stocky posture and long, dense fur that give it the appearance of an overly stuffed stuffed animal. It’s eyes are unique in that it has round pupils instead of slits like most other small cats. Pallas’s Cat has shorter legs than those of other cats and ears which are set very low and wide apart. It’s also pretty flat-faced. Cool?

Oh, and if you’re wondering – that last picture isn’t actually a possessed Pallas’s Cat (weird, right?!?! I know you were totally fooled hahaaa!) Er, ya but anyways what’s really going on is the kittay has a rather unusual threat display, raising and then quivering its upper lip on one side of the muzzle, so that their large canine teeth are exposed. Would definitely scare me. 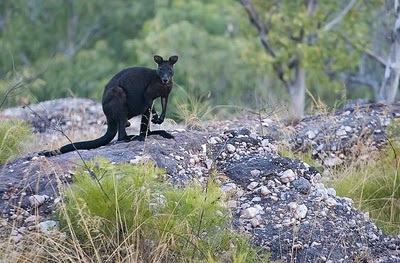