These too-cute-you-might-want-to-pass-out pictures were taken by photographer Eirini Pajak near her home in Florence, Arizona. The 35-year-old said: ‘The youngsters spend most of the day nibbling little bits of grass, but they also would pick on each other and play-fight. They were not exactly graceful as they were just learning to stand so they would often fall over in clumsiness.’

These are actually baby Round-tailed Ground Squirrels (Xerospermophilus tereticaudus) which are called ground squirrels because they burrow under loose soil often near mesquite trees and creosote bushes. At birth these cuties only weigh 0.14 oz and adults only tip the scales at 4.4 oz. 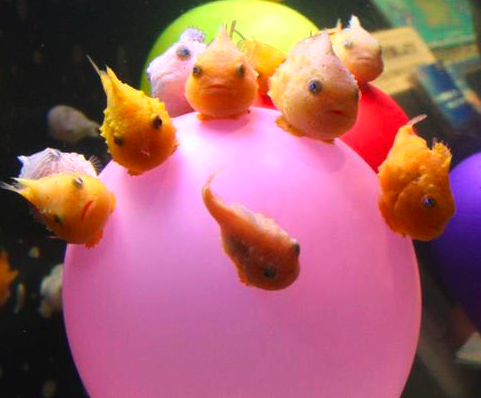 It’s Not a Party Without a Lumpsucker!

Hungry for Some Hammer-headed Fruit Bat?