I can’t think of a better creature to write about for Valentine’s Day than the Scarlet Ibis (Eudocimus ruber)! This stunning bird is found throughout vast areas of South America and the Caribbean islands but the largest concentrations are found in the Llanos region between western Venezuela and eastern Colombia.

The birds don’t begin their lives with this breathtaking plumage, though. Juveniles are a mix of brown, grey, and white. It’s not until the Scarlet Ibis has consumed enough shrimp and other red shellfish that they develop their red feathers. Their shellfish died results in an plethora of astaxanthin being ingested, which is a carotenoid that produces the scarlet pigmentation. The process is very similar to the one which produces the Flamingo’s famous plumage.

Scarlet Ibises are very gregarious birds, living in flocks of thirty or more. For protection, they often gather in huge colonies of several thousand individuals. In addition, they will intermingle with other bird species such as storks, spoonbills, egrets, herons and ducks to gain extra safety in numbers. When seen flying together, it truly is one of the most beautiful sights ever:

Check Out My Blue Head and Then Be Mine 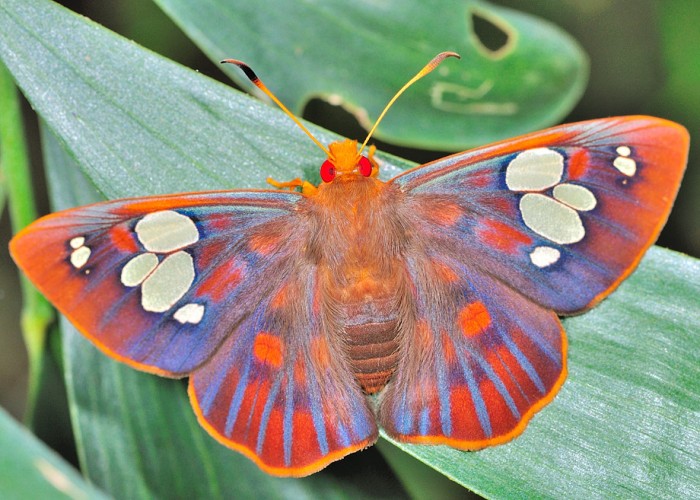