© Museum of Comparative Zoology, Harvard University
Habitat: worldwide distribution in tropical and subtropical waters
Status: Not Evaluated
Meet the python of the deep sea. This is the Black Swallower (Chiasmodon niger), a fish that really bites off more than it can chew! Only reaching lengths of a mere 10 inches, size isn’t the intimidating factor associated with this creature, it’s its appetite!

Black Swallowers get their name from swallowing their prey, which consist of bony fish, whole. Now here’s where things get really weird – its food can be over twice the swallower’s size and TEN TIMES its mass!

Most specimens that have been recovered were found after undigested fish inside the [already dead] swallower produced gases that sent the sucker ballooning up to the surface of the ocean where it could be collected.

Thanks Jennifer Paul, for recommending this creature! 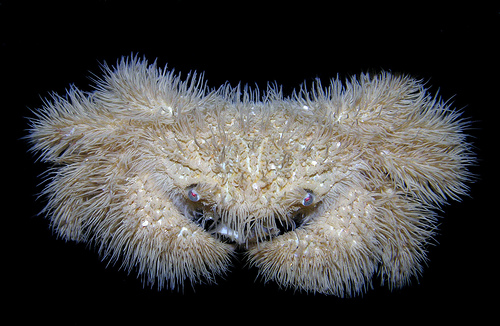 The Hairy Crab is the ‘Teddy Bear’ of the Crab World. Cute!

Disabled Goldfish Gets Harness, Now Swims Like a Champ. 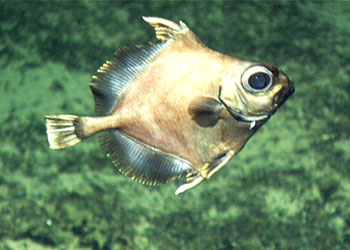 Oogle this Google: Meet the Googly Eyes Fish of the Deep!

So I’m Mildly Obsessed With This Jellyfish .gif