Neorcarnegia basirei: the Moth With Window Wings and Pink Leggies 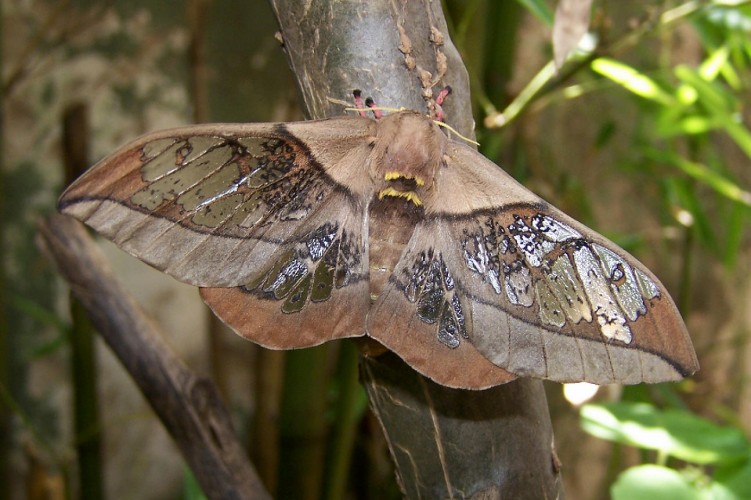 This breathtaking creature is Neorcarnegia basirei and I apologize because to the best of my knowledge there’s no common name for this species. That means you’re stuck pronouncing the tongue-twisting scientific name. Hey, at least everyone’s in the same boat.

Though, for the sake of this article I’m going to dub it the Clear-wing Moth because, well… it’s got these incredible see-through sections of its wings that make it appear to be crafted out of bits of cellophane. Oh, and fuzzy brown stuff. All of this adds up into one spectacular camouflage coat. It’s raggedy like a broken leaf and brown like a dried up one. The transparent portions are just an added bonus to the clever concealing tactics.

If you look closely in some of the photos you can see that it even has pink little leggies! Awww!

A Sunset’s Gleam Captured Perfectly In a Butterfly’s Sheen

Keepin’ Camouflage In the Family