image credit: Anders Sandberg, via Flickr
Habitat: Europe, temperate Asia, and as far east as Japan
A common sight in the UK, the peacock butterfly is just as beautiful as its feathered counterpart. It’s unmistakable with its colorful “eyes” on the end of each forewing and hindwing. It almost looks as if small white “tears” are pouring out of the forewing “eyes.” The underside of the wings is pitch black, which aids in the shock value of the butterfly when it opens its wings in an attempt to ward off predators.

Those of you who live in the UK, is it really that common to see? 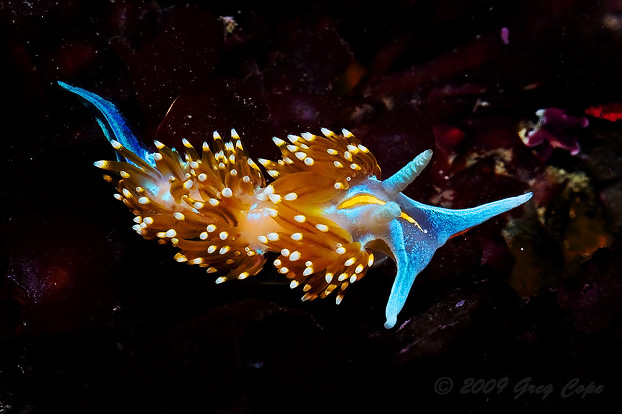 The Opalescent Sea Slug Will Take Your Breath Away

So I Guess It’s Moth Monday!