Two deep sea expeditions in 2011 revealed more than 12 new species and at least 4 new genera of bizarre, phallic-shaped acorn worms. Acorn worms are hemichordates, a group of marine animals closely related to today’s sea stars and sea urchins… just a bit, er, racier. There are around 90 species of acorn worms in the world that live in U-shaped burrows on the sea-bed, from the shoreline down to a depth of 10,000 ft. (3,050 m). The Rosy Acorn Worm, above, was found some 8,850 feet (2,700 meters) deep near the Mid-Atlantic Ridge.

Acorn worms had previously been considered shallow-water animals that live in burrows in seafloor mud. Only four species were known to live in deep water – until the discovery of these guys! Over millions of years, acorn worms in the deep sea adapted to their extreme habitat by evolving behaviors that differ from their shallow water relatives. For example, shallow-water acorn worms typically spend almost all their time in burrows within the sediment. They rarely venture out, only extending their proboscises to feed. Most of their deep-sea relatives, however, live on top of the seafloor sediment. They have soft, weak, almost gelatinous bodies and prefer to keep them above ground at all times.

In an evolutionary sense, acorn worms are living fossils—part of a little-known group that may bridge the gap between invertebrates and the first vertebrate animals. Below is a fossilized specimen of Spartobranchus tenuis; it was unearthed in Canada’s 505 million year-old Burgess Shale. This means that acorn worms were around even in the Cambrian period! Nature obviously had a dirty mind from early on.

This new species (above) was observed feeding in the deep-sea sediments. The crop circle-like design forms from the pattern in which the worm feeds. “They feed outward, in a circle, eating the surface layers of sediment—the freshest layers of [nutrient-rich] sediment that have more recently sunk down through the water column,” said Karen Osborn, an evolutionary biologist at the Smithsonian Institution’s National Museum of Natural History in Washington, D.C.

This brilliantly colored new species of acorn worm poses an intriguing question to scientists: why is it purple?

“We see brilliant purples and reds [in other worm species] at depths of 500 or 1,000 meters [1,640 or 3,280 feet] where there is very little light, because [such colors] look black there, so those colors are great camouflage.

“But here, where there is no light at all except that produced by organisms, there seems no reason to spend energy making yourself these colors when nothing can see them.

“There is a reason,” Osborn added. “We just have to figure out what it is.”

This new species was probably the most shocking of the bunch. Not because of its shape (get your head out of the gutter people) but because of how it gets around. It was discovered drifting in Monterey Canyon, about 3,500 meters below the ocean surface and more than a dozen meters above the seafloor. The worm has its body coiled into a spiral, a posture that has been observed in other small, drifting, deep-sea animals.

“I wouldn’t call what they do swimming so much as controlled drifting,” says Osborn. The researchers observed one type of acorn worm drifting in the water about 20 meters (65 feet) above the seafloor. The researchers speculate that when the acorn worms’ guts are empty, the animals become slightly buoyant. The acorn worms may also bend their bodies in certain ways and create “balloons” of mucus that could help them lift off the bottom and remain suspended in the water. This allows them to be carried by deep-ocean currents to new locations that may have relatively abundant food. (source)

Even with the addition of over a dozen new species to the acorn worm lexicon, researchers still have a lot to learn about these fascinating deep sea creatures. “We have only scratched the surface of deep-sea enteropneust diversity.” 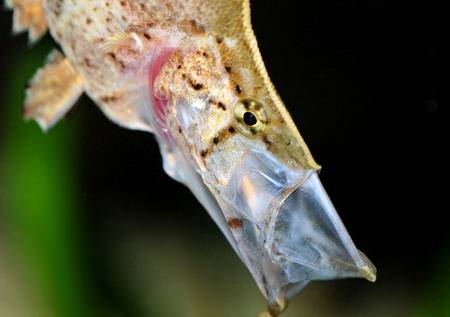 Scaly-foot Gastropod: The Snail With an Iron Fist Foot