Watch Out for the Black-backed Jackal

image credit: art.com
Habitat: found along the southern most tip of Africa as well as the continent’s eastern coastline
Status: Least Concern

These fiesty creatures are Black-backed Jackals, otherwise known as Silver-back Jackals or Red Jackals. Males weigh in at only 15-21 lbs and females 12-22 lbs but although it’s the most lightly built of all jackal species, it is the most aggressive.

Black-backed Jackals are omnivorous, dining on things such as small mammals, snakes, lizards, beetles, grasshoppers, and even berries and other fruits. They have been known to single-handedly take down creatures many times their size. Typically their upper killing limit extends to adult Dik Dik and Thompson’s Gazelles but they will go after even bigger animals if they are sick – such as when some Black-backed Jackals went after a wounded Rhinoceros.

Since this species is found in two distinct locations in Africa, there are actually two subspecies: the Cape Jackal and the East African Jackal; the former being found in the south and the latter found in the east.

They may be aggressive, but just look at that little pup! I could definitely squeeze that thing til it burst. 🙂

If you liked this or any other post, please take a quick second to Like us on Facebook! It would make me and all the creatures verrryyyy happy! 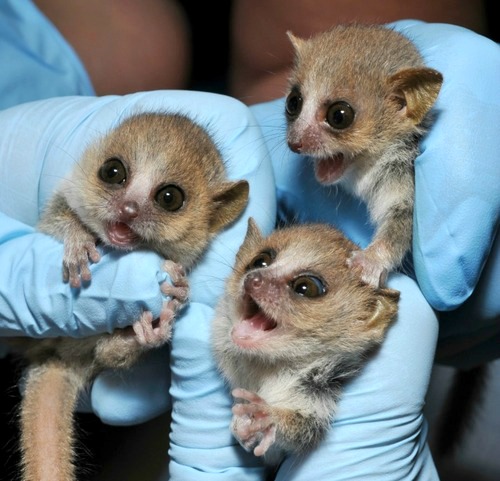