Um, You Have A Little Something On Your Nose 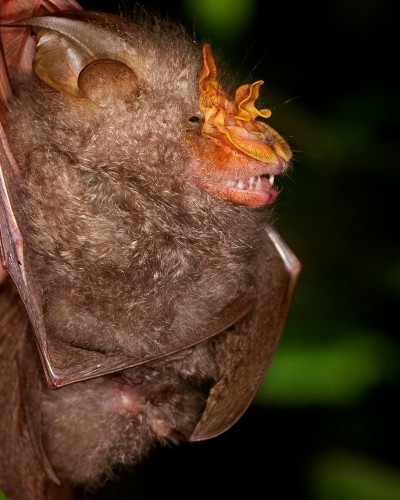 While it may look like an unpleasant feature to have, the Trefoil Horseshoe Bat (Rhinolophus trifoliatus) would be lost without its elaborate, albeit rather ugly, noseleaf as it’s called.

This bat is one of 30 species of Horseshoe Bats that are masters of echolocation – using its voice to screech and then listening for the echoes bouncing off of its prey – all thanks to its wonderful, wrinkly face (and huge ears of course)! The grooves in the nose allow it to notice slight variations when detecting echoes, allowing for a much more precise hunting tool.

These guys remind me a lot of the er.. adorable.. Wrinkle-faced Bat I featured earlier!