image source: bugguide.net
Habitat: eastern North America
Status: Not Evaluated
If you’re going to be a caterpillar, you better be smart about it. In the case of the Abbott’s Sphinx Moth (Sphecodina abbottii) caterpillar, they’ve discovered that best way to [hopefully] survive their harsher younger years is to have a big ol’ eye spot on their butts.
This isn’t just your average eye spot, though. I mean this thing looks incredibly real – right down to the white reflection spot in the “pupil.”  If you poke the caterpillar, the little guy will squeak and try and bite the attacker.
Unfortunately, when the caterpillar ends up metamorphosing, the moth has to come up with a new way to defend itself against predators.  When in flight, the moth has yellow bands on its wings so it probably thought to itself, “Hey, why don’t I just act like a bee? That’ll get ’em.” And it does. The moth almost buzzes as it flies, appearing quite like a real bee. When on land, they raise their abdomens high into the air and use their dirty brown and gray coloring to camouflage them on tree bark – appearing like a broken tree branch. How about that?
This moth really does have a lot of tricks up its sleeve!

BFFL Goby and Shrimp Are Kind of Really Adorable 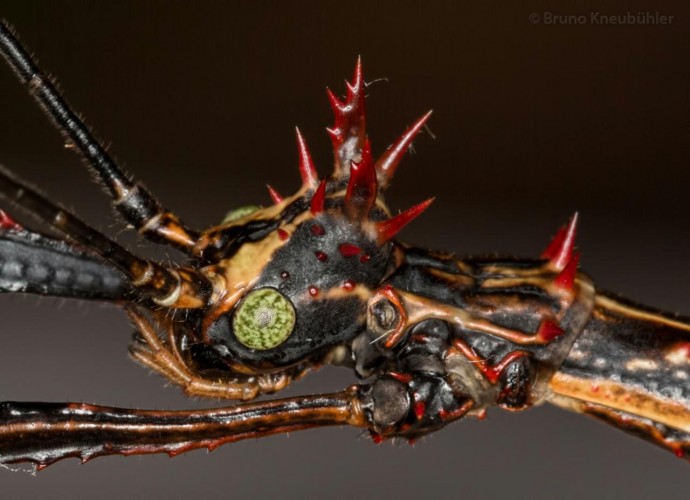