Habitat: native to Mesoamerica (Mexico to Panama); recently introduced into the US: found in the US in 2002 in Broward Co., FL; now established in so. FL (Miami-Dade and Broward counties)
Status: No Conservation Concerns

This unbeweevable weevil is the Painted Weevil (Eurhinus magnificus), a stunning species of insect that sports a metallic emerald, gold, copper and ruby exoskeleton that makes it look like a tiny jewel when spotted in the grass. And when I say tiny, I mean tiny: this little creature only grows to 5.66 mm by 3.71 mm as an adult. Now, that’s small!

Originally these magnificent weevils were only found in South America but somehow or another they were brought over to Florida where a population of the metallic bugs is now thriving in the southern part of the state. At this point in time, the weevil hasn’t been shown to be a pest to the host plants on which it feeds, namely Cissus verticillata. However, research is still needed to determine if the introduction of this species will result in any damage to the native plants of the area.

In the mean time, let’s just all marvel at this little creature’s beauty! On the count of three everybody! 1, 2, 3… OoOoh…. Awwwwee…

My Little Leaf Is Actually a Bug 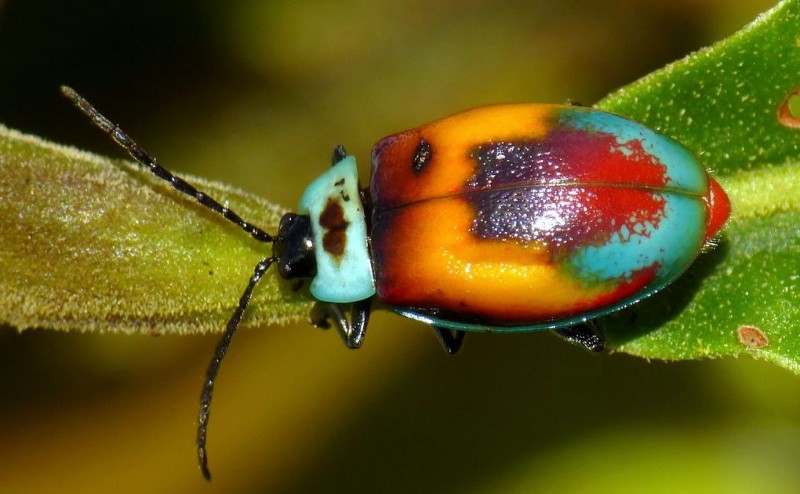 Leaf Beetle of Ecuador is a Living Masterpiece 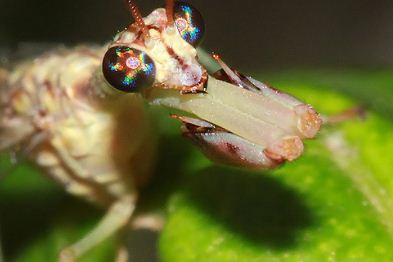