This Orange Elephant Snail Is the Cutest Mollusk You Will See All Day… Or Ever.

Feast your eyes on the cutest snail that has possibly ever existed. This is the Golden Elephant Snail, otherwise known as a Rabbit Snail (Tylomelania zemis). I do see the resemblance to a rabbit with the long “ears” and such, but personally I prefer this snail to be compared to an elephant. It appeals to be better that way… though I’m not entirely sure why. It might have something to do with the fact that these snails walk sort of like lumbering elephants, pulling themselves along using their muscular foot while simultaneously sifting through the sand with its ‘trunk.’ You’ll see what I mean in the videos below.

Aquarists are quite fond of this little creature because they make excellent cleanup crews, seeking out leftover food and vacuuming up detritus from the tank’s floor. They will also consume algae and plant matter so your tank will stay super clean.

Oh, and a nifty fact about these snails is that they are one of only a few snail species who deliver 1-3 perfectly formed “babies” in individual milky-white egg sacs. Can you imagine how cute these guys must be as teeny-tiny elephants?!

Here’s an up-close and personal shot of the Golden Elephant Snail (or rabbit snail) doing its thang:

and here’s a full body shot:

6 of the Most Disgusting Animal Defenses in Nature

Stinky or Sweet? The Small-Clawed Otter 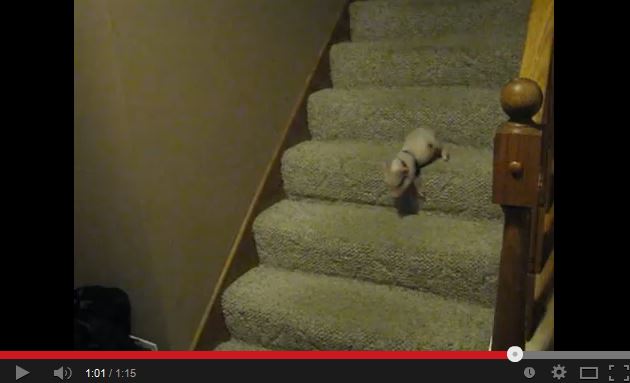