This cryptic creature is the Broad-tailed Gecko or Southern Leaf-tailed Gecko (Phyllurus platurus). It truly is a master of disguise – and deception. First of all, it will lay perfectly flat on the bark of a tree to camouflage itself when not hunting. With it’s big, leafy-looking tail, the gecko blends in perfectly. Its tail is used for extra fat storage and also as a useful defense mechanism. You see, when and if the lizard feels threatened, it has the ability to detach its tail to confuse predators. It will regenerate later on, though the color and details will be entirely different from the original body. Here’s a photo of a detached tail being used as a decoy:

Interesting, isn’t it? Southern Leaf-tailed Geckos grow up to 80mm in length, which isn’t that large as evidenced by the photo showing a coin in comparison. They are apparently pretty easy to keep as pets, too, so you may see them in your local reptile shop (if it’s cool enough to carry these weird guys!). 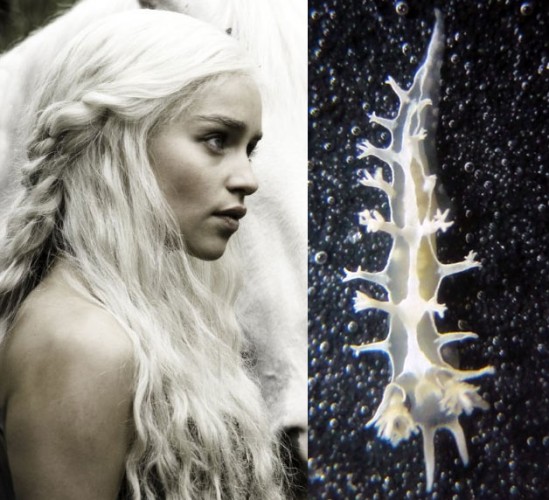 Let Me Look Into My Crystal Ball – er, Squid