The Golden Fruit Dove Gets the Gold For Best Feathered Hairstyle. 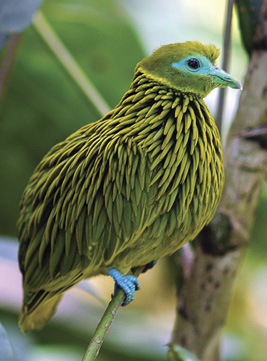 This Golden Fruit Dove (Ptilinopus luteovirens) looks like it took a big wad of pomade and went to town on those feathers of his! But seeing as how hair styling products aren’t exactly a dime a dozen on the islands of Fiji, the spiky ‘do is accomplished instead via a bit of eye trickery. The feathers are quite elongated and almost appear iridescent due to their hair-like texture. The look is completed by the beautiful teal bill, skin surrounding the eye, and feet.

These doves are small birds, only reaching a total length of 8 inches. They feed on a variety of berries, small fruits, and insects. Apparently this bird is quite common throughout its range, but it was a tough task to find any great photos of it. I guess that’s because not too many people have the privilege of going to Fiji… and when they do, they’re probably not as keen to be searching for the Golden Fruit Dove as… ehem other, more interested folk [read: me] might be. 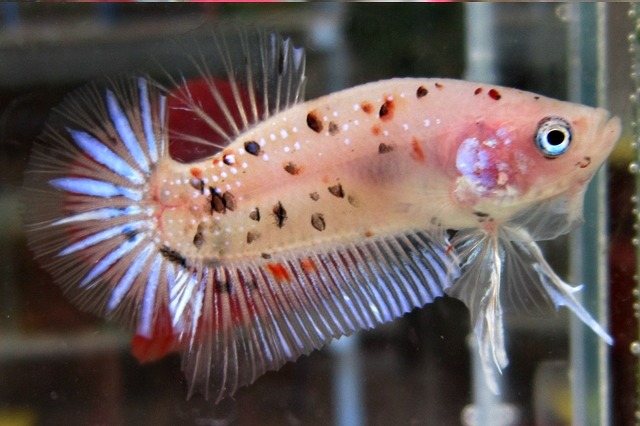 Nothing’s Better Than a Betta Fish with Fairy Wings