TFC on Voice of America!

I’m really proud to announce that The Featured Creature was mentioned in an article about new science websites for children on Voice of America. Here’s the part about us:

BOB DOUGHTY: TheFeaturedCreature.com is another website that children are sure to find interesting. It calls attention to some lesser-known species. Carly Martinetti launched the website earlier this year. Ms. Martinetti is a twenty-year-old psychology student. She says she has been interested in unusual animals since she was a little girl.

CARLY MARTINETTI: “I used to have millions of pets, like the weirdest ones you could probably think of. I had a soft shell turtle and a hedgehog, and red-eyed tree frogs. My whole room pretty much looked like a miniature zoo.” (:13)

Visitors to TheFeaturedCreature.com website can find information about some of the strangest and most interesting animals on Earth. Miz Martinetti says there is more to the animal kingdom than lions, tigers and bears. She wants to help people learn about the millions of little-known species.

Carly Martinetti: “I was getting kind of bored with seeing all the nature shows on Savannah, and Great Plains and things like that, where it’s always you hear about lions and cheetahs. I wanted to kind of expose readers to some of the other cool creatures that are out there.”

FAITH LAPIDUS: Recently, one story on the Featured Creature website described the arboreal alligator lizard. The colorful lizards are natives of Mexico. They grow to be only about sixteen centimeters in length. The website says they are an endangered species and victims of a growing illegal pet trade.

Have you ever seen a long-eared hedgehog? You can find one at the Featured Creature website. They look almost like a cross between a rat and a porcupine. But be careful! The website warns that many long-eared hedgehogs have been found to carry brown dog ticks. These little creatures spread disease to animals and sometimes people.

TheFeaturedCreature.com is not as much a scientific website for children as it is a website created by a young person with an interest in unusual animals. The web postings are not overly scientific. Instead, the information is presented in a funny way that young people will surely enjoy.

Yay! So happy 🙂 Go here to read the full article and to check out more kid-friendly science websites!

Donate to Help Save Ziggy’s Life! 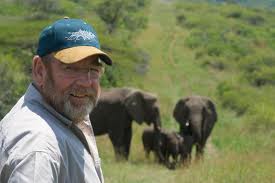 The Elephant Whisperer: the Story of Lawrence Anthony and the Elephants Who Never Forgot