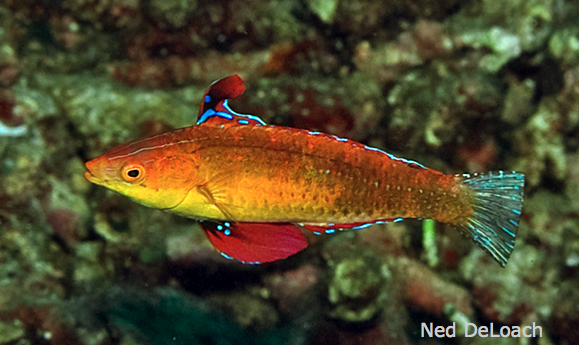 In May 2010, a previously undocumented species of fairy wrasse was discovered by Ned and Anna De Loach around the island of Alor, Indonesia. It was dubbed the Stubby-fin Fairy Wrasse due to the fish’s peculiar dorsal fin which starts out strong but ends… well, not so much. Dr. Gerald Allen gave the fish its scientific name, Cirrhilabrus humanni, giving it an official place in the Cirrhilabrus genus.

Then, on May 19, 2012, Blennywatcher.com uploaded some of the first footage of the Stubby-fin Fairy Wrasse. Not only were they lucky enough to find one, they happened to catch a male performing a courtship display!

In the video below you can see how the male displays for the gravid female by jumping and leaping through the water, flashing its enhanced colors for her amusement and keeping its stubby little dorsal fin raised like a shark’s. The rapid swimming movement is literally done to work her up into a tizzy!

This screen grab from the video shows the male’s brilliant breeding colors. Its tail also takes on a striking metallic sheen that appears almost white when viewed at the right angle.

You can typically find Fairy and Flasher wrasses mingling together in the same spawning area. Sometimes things can get a bit mixed up in all the confusion, and hybrids of the two species can occur.

Cirrhilabrus humanni is one of 25 new species to be documented from the East Indies, and will be featured in Dr. Allen and Dr. Erdmann’s new book.

Thanks to Reefbuilders for this story! 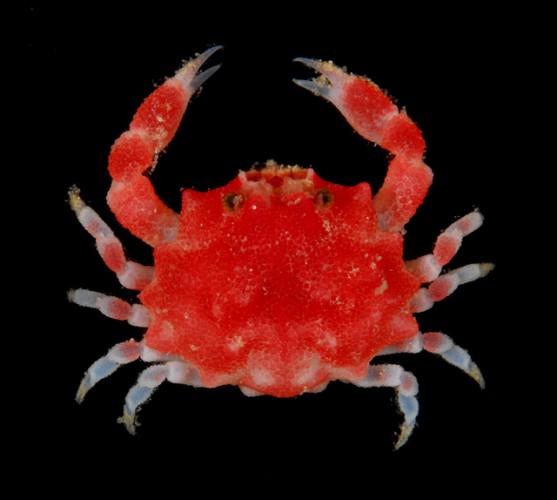 Fire On My Belly Means You Don’t Want Me in YOUR Belly! 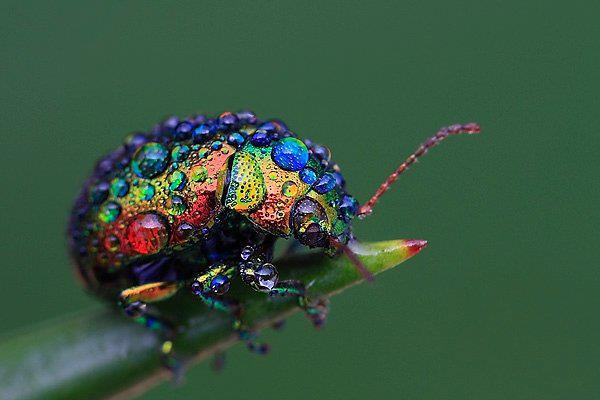