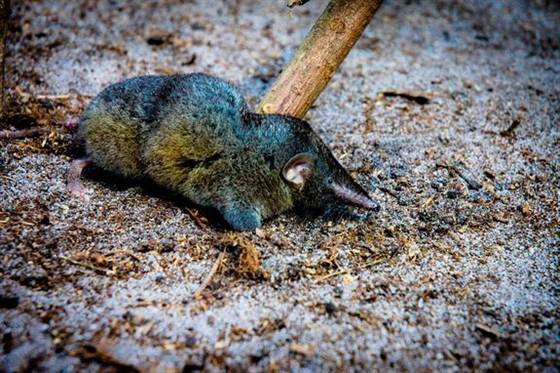 A new species with a whole ‘lotta moxy has been discovered living in Africa’s swampy palm forests. The freshly discovered animal, dubbed the ‘hero shrew’ (Scutisorex thori), gets its gutsy moniker from the fact that it has one hell of  a backbone. Not in the figurative sense, either. This shrew is capable of supporting a lot of weight on its practically invincible back.

But let’s rewind just a bit. Before Scutisorex thori was discovered there was another species of hero shrew known, Scutisorex somereni. This species was described a little more than a century ago in Uganda by British zoologist, Oldfield Thomas. However, Thomas missed the most exciting aspect of his discovery – the creature’s peculiar and remarkably sturdy backbone. It wasn’t until 1917 when Joel Asaph Allen, curator at the American Museum of Natural History, found a preserved hero shrew and uncovered its superpower.

Humans have five specialized vertebrae called lumbar vertebrae located between our rib cage and pelvis. Allen found that the hero shrew had up to 11 of these vertebrae and each is fortified by a special interlocking arrangement that makes the backbone incredibly strong.

The Mangbetu people of the Democratic Republic of Congo (DRC) who lived alongside the shrew knew about its abilities long before Allen or the rest of the world did. In fact, they even believed that whoever wore the shrew’s body as a talisman would be endowed with its physical powers. German-born naturalist, Herbert Lang, who spent time with the Mangbetu described the  fascinating relationship between animal and human in Allen’s 1917 paper:

“These people feel convinced that its charred body or even its heart, when prepared by their medicine-men, transmit truly invincible qualities, if worn as a talisman or taken like a medicine. Perhaps this mystic reputation has often contributed to make of a brave man a real hero, wherefore the Mangbetu gave it a name meaning “hero shrew” … Though only worn somewhere about their body, they believe that neither spears nor arrows, nor any kind of attack can seriously injure them, much less bear them down. One can easily imagine that by the removal of the inhibitory influence of fear, their courage, cunning and cleverness are set free for the best possible achievements.”

The Mangbetu would go on to demonstrate the shrew’s bizarre backbone strength in a neat “party trick”:

“Whenever [the Mangbetu] have a chance, they take great delight in showing to the easily fascinated crowd its extraordinary resistance to weight and pressure. After the usual hubbub of various invocations, a full-grown man weighing some 160 pounds (72 kg) steps barefooted upon the shrew. Steadily trying to balance himself upon one leg, he continues to vociferate several minutes. The poor creature seems certainly to be doomed. But as soon as his tormentor jumps off, the shrew, after a few shivering movements, tries to escape, none the worse for this mad experience and apparently in no need of the wild applause and exhortations from the throng.”

So what’s the deal here? Why do these hero shrews, both Scutisorex somereni and the newly described Scutisorex thori need such an intense backbone? The reason, scientists think, is due to its choice in food and location. The shrew is found in swampy palm forests where a lot of the delicious grubs (its favorite food) happen to be stuck between heavy palm leaves and the tree’s trunks. To get to the juicy larvae, the shrews lift the leaves out of the way with their backs. This allows them to survive on a source of food out of reach to most animals.

While this isn’t as dramatic a reason to have such a strong backbone  as I would have liked, (I was hoping scientists would determine it was used to carry off heroine shrews in distress!), it is a fitting one.

“Welcome to the world”, hero shrew of steel! 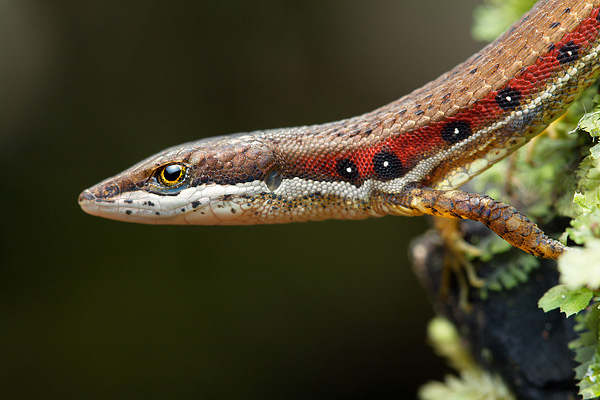 Behold the Green Unicorn!!! … A.K.A. the Vietnamese Long-nosed Snake