Tucked away in the tropical, moist mountains of Venezuela is the Pebble Toad (Oreophrynella nigra). This little guy looks pretty normal, right? You wouldn’t really expect a tiny toad like this to have any tricks up its sleeve… or would you?

Turns out, the Pebble Toad has a unique getaway that it happily employs whenever it’s feeling threatened: the toad folds its limbs under its body, tucks its head in and tenses into a ball shape.

If it happens to be on an incline (which, since it’s found in montane regions, it normally is), this causes it to roll down the slope quite quickly. Its predator is fooled since it now only looks like a black pebble falling down off the mountain!

Here’s the toad featured on the BBC series, Life, when it’s being chased by a tarantula. You must watch this, it’s incredible!

10 of the Sneakiest, Most Conniving Animals In the World 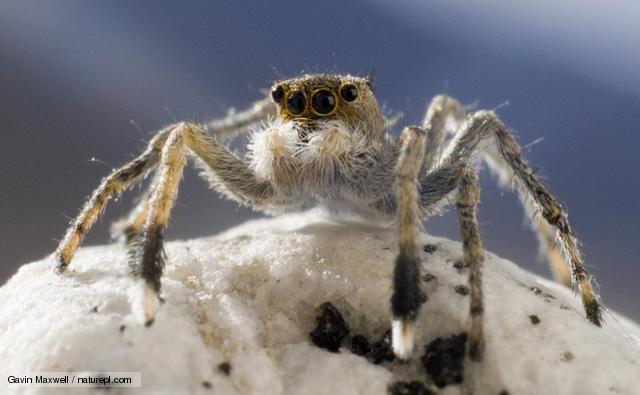 Meet the Spider that Lives On Top of the World: the Himalayan Jumping Spider