Breaking news out of the Samoan island of Savai’i (map for those unfamiliar, like myself): for the first time in 10 years, the little-known and extremely rare Tooth-billed Pigeon (Didunculus strigirostris) has been spotted. A team from the  Samoan Ministry of Natural Resources and Environment (MNRE) was lucky enough to capture this photo (above/below) of a juvenile Tooth-billed pigeon. The odd-looking bird is locally known as the manumea and is endemic to Samoa. It’s even the country’s national bird! Unfotunately, it has been listed as ‘endangered’ due to its small, fragmented range and population. The bird had not been seen for over 10 years – until now!

From Wildlife Extra: “One of the team, Fialelei, went outside to hang his wet clothes on the line. He heard a noise that attracted his attention. He looked up the tree and saw a bird sitting up high on one of the tree branches. We got our binoculars and camera and started searching for the hooked bill which is the bird’s distinguishing feature. I started taking as many pictures as I could before the bird flew off. A closer look using binoculars and we knew we had found it, the rare Manumea.  Everyone had questioned whether the bird still existed. Now we know it is still alive.” Now that the bird has been officially spotted once again, the next step is for researchers to check the Somoan island of Upolu, where there have been anecdotal reports of the bird. “The MNRE has been very concerned for this species. It’s a great relief that, with support for training and funding through CLP they have undertaken these surveys and had such a positive outcome. Now to work out what we can do to save the species”, said Mark O’Brien, BirdLife’s Senior Conservation Officer in the Pacific.

There’s no word on what researchers believe the Tooth-billed Pigeon’s population numbers may be at this point, but hopefully the spotting of this odd bird will spark a renewed effort in the conservation of the species. 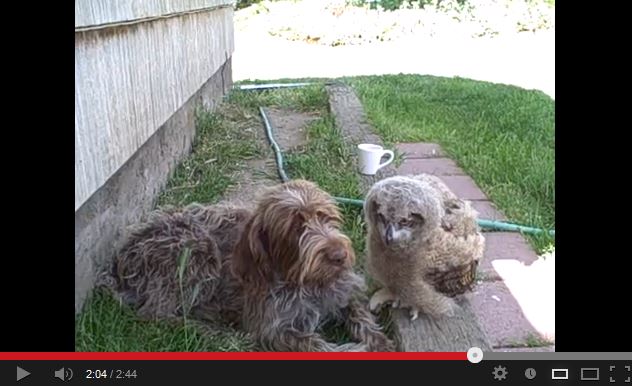