World, meet Pig. Pig isn’t actually a pig, of course, she’s a dog; albeit an unusual looking one. The 8-month old mutt has scrawny legs, a square, stout body, and bemusingly, no neck. Unable to swing her head side to side, Pig spins her whole body to see what’s beside her.

At first glance, she really does look like those photoshopped animals with no necks that draw giggles from bored internet trawlers. But this is real life. This is Pig the Dog.

Pig hops like a frog and stands up and walks with a high-shouldered gait much like a gorilla. Yes, Pig is certainly not your typical dog; and that’s why we love her!

Pig was found with her three littermates in a wooded metro area in Atlanta. Her feral mother had abandoned her, probably due to the severe deformities of the pup, though of course no one can be sure. That’s when Kim Dillenbeck stepped in. She first met Pig over Christmas at the clinic that rescued her and instantly fell in love.

Pig is about 8 months old now, but this is her when she was only weeks old. Photo: Joey Kennedy/AL.com

Weighing in at about 15 lbs (roughly half the weight vets think she should be) with a severely deformed spine that’s 7 inches shorter than normal and wavy, with many of the bones fused together, vets had advised Kim to put the strange pup down. However, she saw something special in the fuzzy little girl and decided against it.

When asked how she came up with the name, Dillenbeck said it was easy. She replied,

“When she was really, really little she looked like a little fuzzy piglet.”

Dr. Rachael Hudson-Breland, a veterinarian that treats Pig says, “”The whole clinic loves her. She comes in and she’s a rock star here.”

Pig plays and runs with other animals, and Hudson-Breland said the dog doesn’t have any major health problems. But Pig does tire easily, and she sometimes loses her balance and topples over like a toddler.

Overall, though, Pig is in great shape for the shape she’s in.

None of the vets who care for the dog have ever seen another animal with the same condition, said Hudson-Breland, but Dillenbeck has seen a few similar-looking dogs on the Internet.

Tens of thousands of people have watched Internet videos of Pig since she had a coming-out party during a community event in Birmingham last month, and Pig has her own Facebook page with more than 3,400 followers.

Last week, dog owners at a suburban park lost track of their own animals as they stopped to watch Pig play in water and run around surprisingly quickly.

“She always draws a crowd,” she said. It’s not hard to see why!

AL.com reported Monday (June 23) that a Birmingham animal-assisted therapy organization planned to designate Pig as an official therapy animal for at-risk children and at other organizations.

“Anytime you can get animals people have empathy for, that’s good,” said Laura Cardwel, executive director for Hand in Paw. “This dog is going to be an ambassador to people who have special needs.”

That’ll do pig, that’ll do. 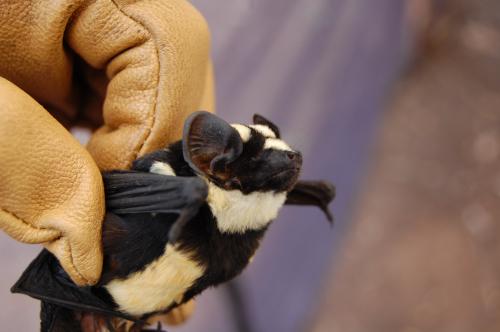