via: neurodojo.blogspot.com
Habitat: hydrothermal vents in the Pacific Ocean
Status: Not Listed
This demonic-looking creature is the Pompeii Worm (Alvinella pompejana), a deep sea creature reaching lengths of up to 5 inches with red tentacle-like gills on their heads that can withstand temperatures that rival those in Hell. The worms live in tubes near black smokers, or hydrothermal vents, one of the most inhospitable environments on our planet. Their tail end rests near the source of the heat which gets up to 176 °F (80 °C) while their head pokes out into cooler, almost room temperature water of 72 °F (22 °C).

Scientists aren’t even exactly sure how this remarkable creature can withstand such extreme temperatures. They’re studying the symbiotic relationship-based bacteria that form a “fleece-like” covering on their backs. A symbiotic is one in which both animals benefit. In this case, the worms secrete mucus from tiny glands on their backs to feed the bacteria, and in return they are protected by some degree of insulation.

The Pompeii worm is the most heat-tolerant complex animal known to science after the tardigrades (or water bears that have previously been featured), which are able to survive temperatures over 150 °C.

…and no, those aren’t really its nipples. No idea what they are – assuming gills!

Edit: the “nipple-eye” photos are of a different but similar species of bristle worm in the same class (Polychaeta) as the Pompeii Worm. 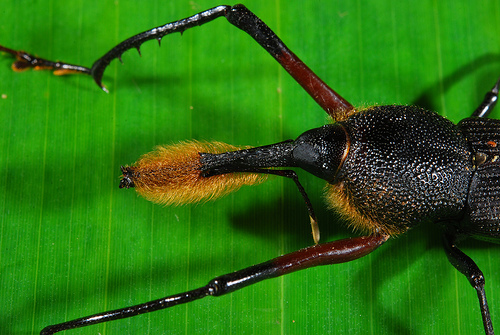 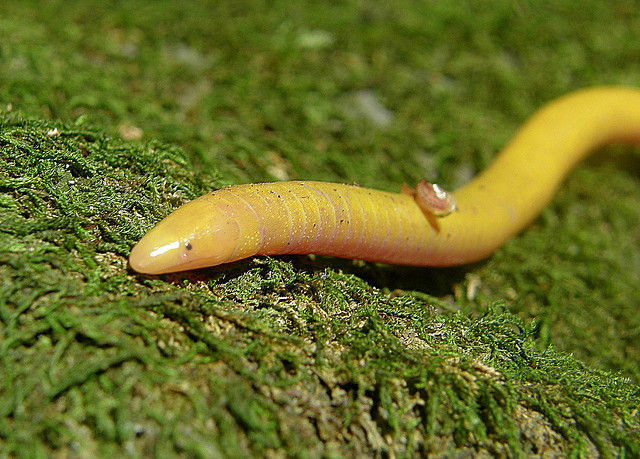 The Bright Yellow Cobra Bobo is One Strange Amphibian