Miniature Melo: a Snail Made of Starlight 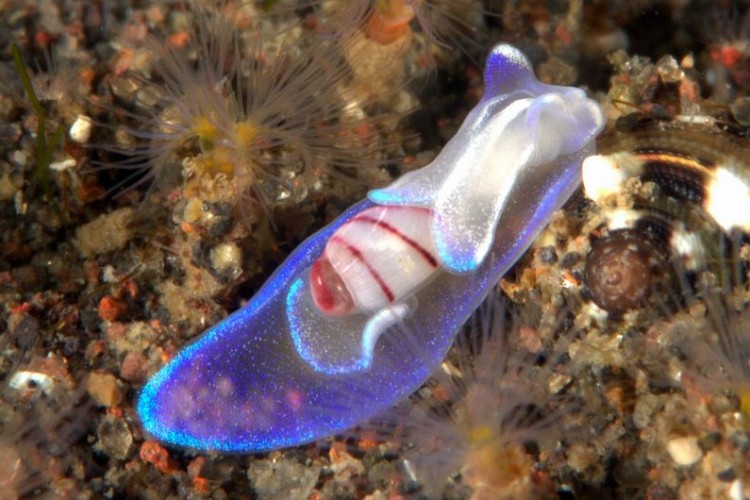 So this isn’t exactly a nudibranch… it’s more like its close cousin. This is a bubble snail known as a Miniature Melo (Micromelo undata) which shares the same class (Gastropoda) as the nudibranchs. In the light, its shimmery body looks like its made out of stardust – no big deal.

The oval bubble-shaped shell is thin and fragile and is actually too small to contain the soft body of the snail. Therefore, the colorful snail has to rely on swimming and camouflage to avoid being eaten. It does have one other trick up it’s sleeve though… the Miniature Melo eats small little (we must be talking really little) toxic worms and incorporates the poison into their tissues as a defense mechanism.

Ok and here’s the kicker – it only grows to be about 1/2 an inch in length. Check out this video of a diver with its finger next to one for size comparison… um… kind of the cutest thing ever, right?