© Doug Clark
Habitat: Found in warm temperate and tropical waters throughout the world
Status: No Conservation Concerns
At first glance this sea hare looks just like something my cat would cough up. Luckily, it’s not. Instead it’s just a very ‘hairy’ sea slug. It goes by the scientific name of Bursatella leachii but we can just call it the Shaggy Sea Hare. They grow up to 15 cm but usually between 5 and 10 cm.
My favorite part about this ragged creature are the bright blue eyespots that dot its mantle. It’s like once you get past all that spiky stuff, it’s actually quite beautiful! Looks can be deceiving, as the saying goes. 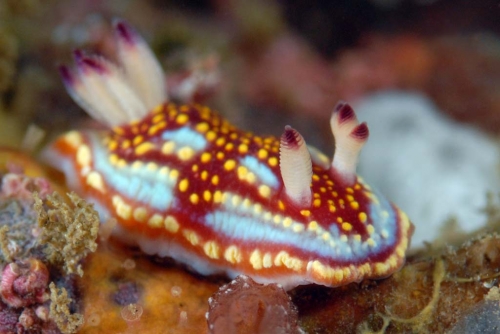