I’m having a difficult time choosing which version of this nudibranch I like better. The red really attracts me at first, but then the orange seems rather appealing… These nudibranchs, Limacia cockerelli, come in two color forms (as shown).

According to the Sea Slug Forum (love this site!): The northern form [red] has white tubercles down the middle of the dorsum. In specimens from south of Point Conception [orange] these tubercles are slightly longer and tipped with orange. Intermediate forms occur in central and northern California.

Eh, the decision is too hard. I like them both equally 🙂 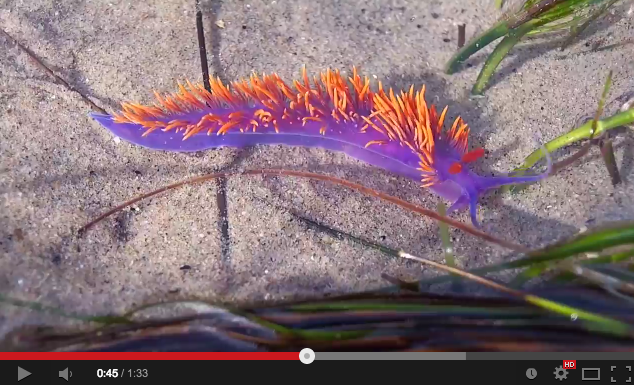