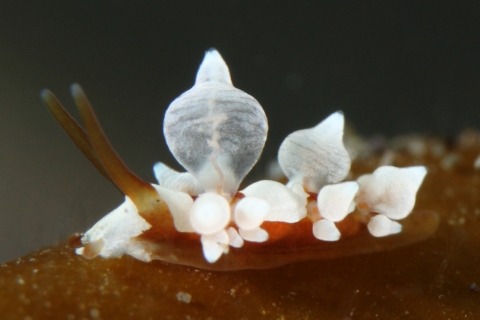 This is a wacky little nudibranch that hails from the seas of Japan all the way down to eastern Australia. It’s called Eubranchus inabai and it’s an itty-bitty fellow reaching a length of around 10mm. It’s easy to distinguish by the white bulbous protrusions coming out of its body (used for camouflage I’m assuming).

Now, is it just me, or do those white puffs look like when you take a rubber glove and blow into the finger parts to make the whole glove look like a cow udder. Don’t even pretend like you don’t know what I’m talking about right now. They do, don’t they?? 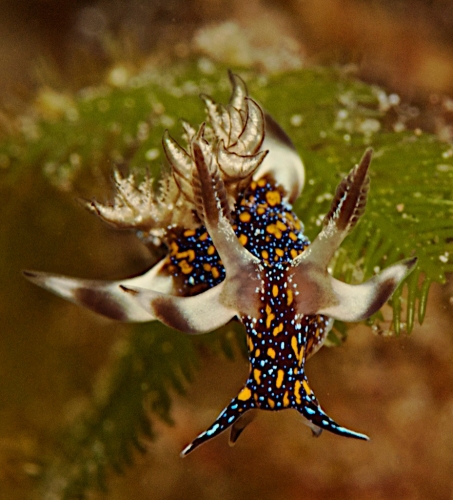