This peculiar crustacean is the Mud Lobster (Thalassina anomala). It calls the mangrove swamps of the Indian Ocean and Pacific Ocean its home which, apparently, is in constant need of redecorating. At night, the Mud Lobster is extremely busy mulling about its 6.6 ft deep burrow, moving dirt and mud from here to there and everywhere in between. Its burrowing behavior provides an important source of recycling in the mangroves, since it brings fresh organic matter up from deep sediments to the surface.

The resulting volcano-like output mound it creates can be as high as 10 ft! Many people consider this creature to be a pest, as its burrowing can weaken the supporting walls that surround local prawn farms or fish farms. I think it’s pretty cool – like a crustacean form of a terminte!

an example mound of the Mud Lobster 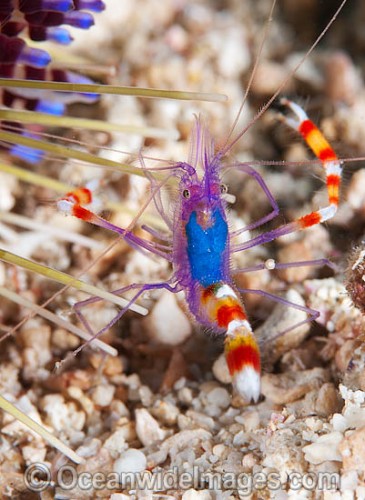