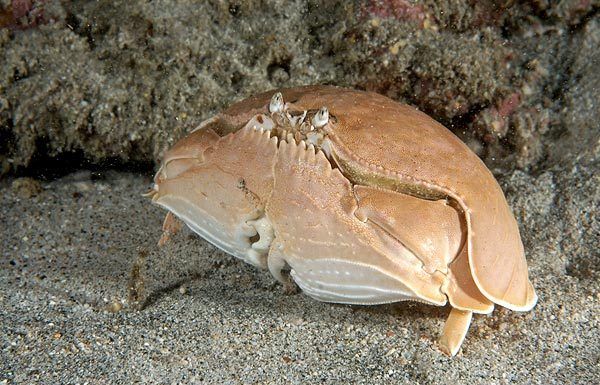 Ah the shame! The embarassement! The humiliation! These are just some of the phrases that are constantly in use by this  Shame-faced Crab (Calappa calappa) otherwise known as the Smooth or Red-spotted Box Crab.

This funny little creature gets its name from the position in which it holds its claws – over its face, as if it were hiding it in shame. I think it looks more like it’s in shock and has just gasped in surprise! But to each their own.

It’s also called the Darth Vader Crab due to its appearance in the front. I see it… I guess?

At about 15 cm in length, this little guy will burrow in the sand during the day, waiting until the dark of night to become an active hunter. They mainly eat mollusks such as mussels and clams, using their thick claws to either pry the shells apart to reach the yummy flesh or just break the shells completely.

You can really see how it gets that Shame-faced crab moniker as it treks across the sand before burying itself. Covering itself in sand might just be the crab version of the naughty corner. It sends itself there for a time out where it can wallow in its guilt and shame and to think about what its done. That or it’s just escaping a predator that has an appetite for humiliated crustaceans. 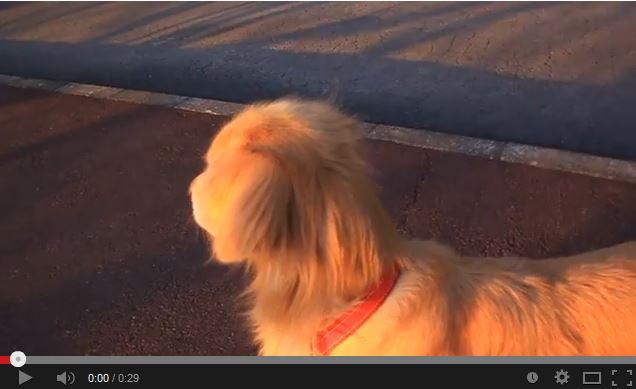 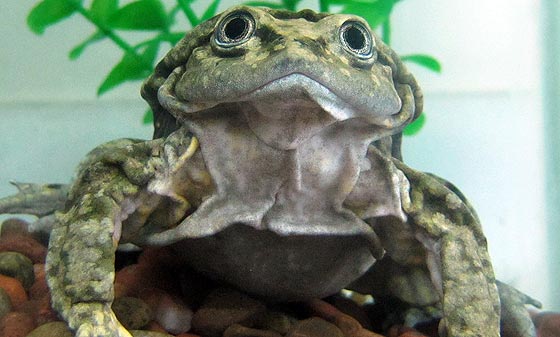