This rarely observed and strange looking creature is a Frilled Shark. The species made headlines in 2007 when a Japanese fisherman spotted the shark near the ocean’s surface and transported it to a marine park for observation. Normally the shark is found thousands of feet below the water’s surface so it was speculated that this one came up because it was either injured or sick. Looks like that was true, because the Frilled Shark unfortunately died hours later.

The bizarre creature hasn’t changed much in its evolutionary history, which is why it is known as a “living fossil.” With it’s eel-like body and odd lizard-like head, some cryptozoologists have attributed sea serpent sightings of yor to the Frilled Shark.

The shark is named for its six pairs of collar-like gills with frilly edges. Like most aspects of the Frilled Shark, how it eats is a mystery. However, some believe that it captures its prey by bending its body and lunging forward like a snake.

Here’s the footage taken from the Japanese marine park when the living specimen of the Frilled Shark was captured:

Oink? What do Piglet Squids Say? 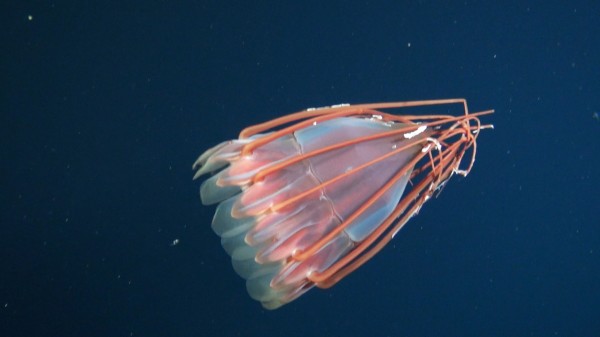