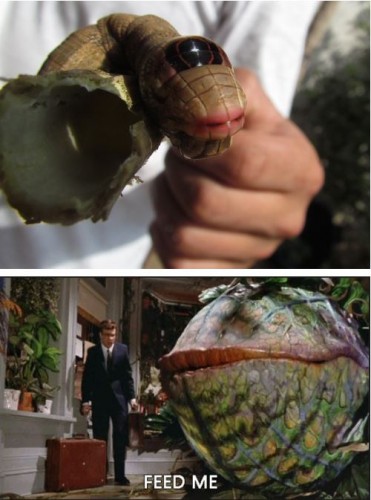 Habitat: from the Northern part of South America, through Central America, up to Northern Mexico and the very south of the United States, although strays have been recorded as far north as Arkansas and Kansas
Status: No Conservation Concerns

Audrey II returns!!!!!! This strange creature is known as an Alope SphinxHornworm, a caterpillar of a silk moth in the family Sphingidae, more specifically Erinnyis alope. It bears a striking resemblance to the man-eating plant named Audrey II from the musical/feature film Little Shop of Horrors.

The hornworm appears to have one large eye in the center of its forehead that making it looks like a wriggling cyclops. The sight of the eye alone would be jarring enough to most predators (as is the intent), but then if you look closely… it even has a pair of perfectly puckered, red lips smacked on the front of its head. Who knows what lies within (fangs dripping with poison perhaps?) so predators get the heck out of there before they become caterpillar chow.

In reality, the lips are just markings (the mouth isn’t really there) but they’re quite convincing to say the least. In fact, the hornworm’s head is actually located underneath all of the intimidating features, tucked safely away out of harm’s reach.

Instead of feasting on human flesh like the Little Shop of Horrors alien-plant, the Alope Sphinx Hornworm prefers a vegetarian diet, which includes feasting on papaya, nettlespurge, and allamanda plants. That’s lucky for us, I guess. Well, except I’m sure papaya farmers get the scare of their lives every time they happen upon one of these shockingly strange diners. 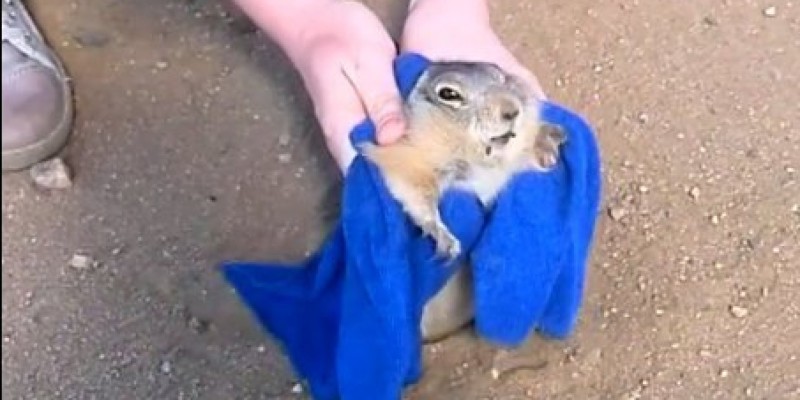 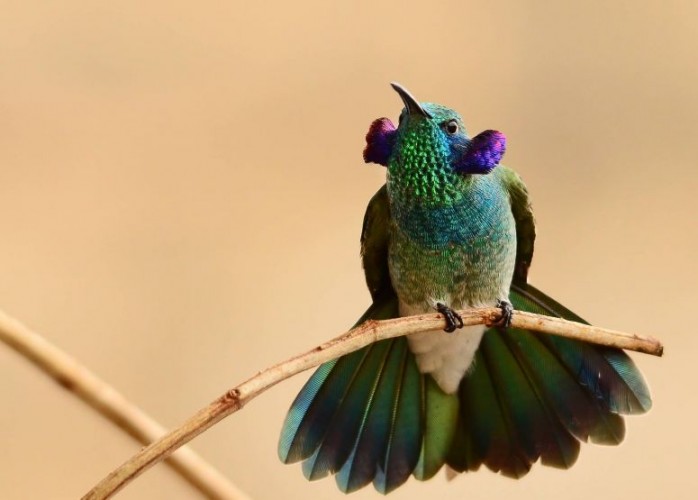 Ever Seen a Hummingbird With Purple Ears? Well, You Have Now!