Is That a Walking Pine Cone?! No – Just a Pangolin.

© SAKCHAI LALIT, AP
Habitat: throughout Africa and Asia
Status: varies from Least Concern to Endangered, depending on species
Meet the creature that looks just like a walking pine cone. This is the Pangolin (order Pholidota) which is otherwise known as a Scaly Anteater – can you tell why?
There are eight extant species of this bizarre creature that all share the same characteristic artichoke-esque appearance. Those scaly plates are made of keratin – the same material that human fingernails are made of. When a pangolin is born, the plates are quite soft but as it matures they become increasingly harder. Pangolins can curl up into a ball and tuck their heads under their scales (which are actually very sharp) to protect themselves from any danger. As you might imagine, this is a similar predatory defense as used by the armadillo. And just in case the predator isn’t deterred by a rock-hard meal, the Pangolin has the ability to emit a noxious-smelling acid from their anal glands. That oughta send ’em on their merry way!

via: maibey.wordpress.com
Much like anteaters, Pangolins also have super long tongues that they use to pull out termites and ants from inside their mounds. A pangolin can extend its tongue 40 centimetres (16 in), with a diameter of only 0.5 centimetres (0.20 in)! These creatures actually don’t even have teeth; they use their powerful front claws to dig deep into the insects’ homes and then slurp those suckers right up. Delishhhhh!

Meet the Inch Worm From Hell: the Predatory Hawaiian Caterpillar

Snout of the Century: Banana Bat 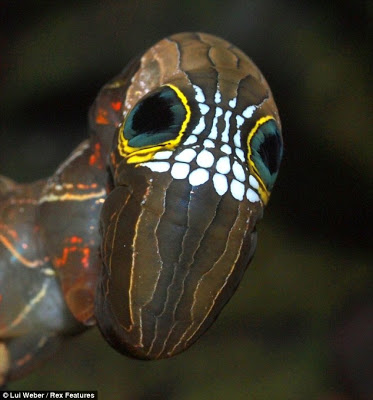 Just In Time For Halloween: The Rare ‘Skull’ Caterpillar of Australia 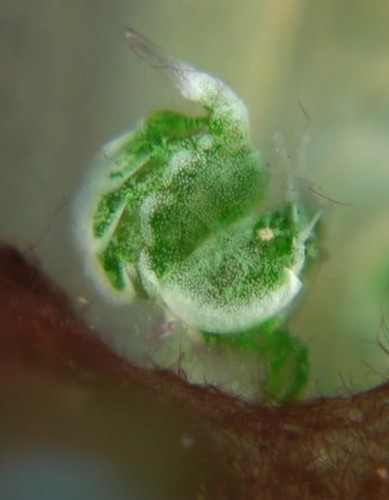