Imagine this: you’re taking a casual stroll on the beach, dipping down to pick up seashells and sea glass when all of a sudden something catches your eye – AN EYE!

That’s just what happened when a man stumbled across this bizarre find on Wednesday on Pompano Beach, north of Fort Lauderdale, Florida. Via Dailymail:

” A giant eyeball from a mysterious sea creature washed ashore and was found by a man walking the beach in Pompano Beach, Fla. on Wednesday.

‘It was very, very fresh,’ Gino Covacci, who discovered the eyeball told theSun Sentinelon Thursday. ‘It was still bleeding when I put it in the plastic bag.’ Mr Covacci notified the local police, who referred the matter to Florida Fish and Wildlife Conservation Commission.

They put the eyeball on ice so it can be analyzed at the Florida Fish and Wildlife Research Institute in St. Petersburg.

Possible candidates include a giant squid, a whale, or some type of large fish.”

Um… is anybody else thinking sea serpent here?

*Edit (10/15): Scientists say they believe this peeper belongs to a huge swordfish. I’m still not convinced. 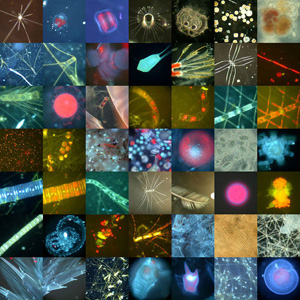 Discover a Million Creatures in One Drop of Water