Green Lacewing: the Tiny (Yet Fabulous) Insect is Adorned With Pearls and Lace 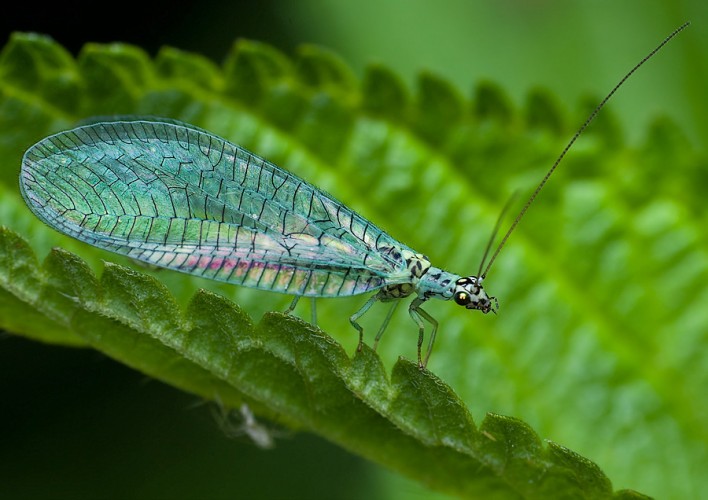 Habitat: most of Europe
Status: No Conservation Concerns

Measuring in at only 10–12 millimetres in length, with a wingspan of 25–30 millimetres, the Green Lacewing (Chrysopa perla) may be small but that doesn’t prevent it from being known as one fearsome predator. Don’t worry though, you’re only in danger if you’re an aphid or other small bug.

Humans only have to marvel at its intricate beauty: each wing is bluish-green with black veins running throughout the translucent wings. The body itself is green with black spots. Most strikingly, the eyes of this species resemble the pearls from today’s other featured creature – the Pāua Abalone. I’m assuming that’s where its latin name came from; perla meaning ‘pearl.’

This fancy little bug can be spotted from May through August in cool and shady areas, mainly in deciduous woods, woodland edges and shrubs throughout most of Europe. So keep an eye out guys! 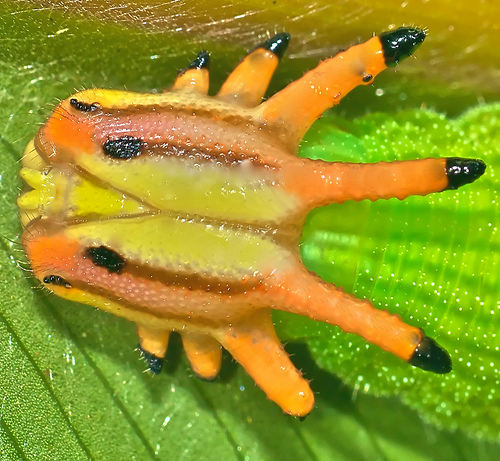