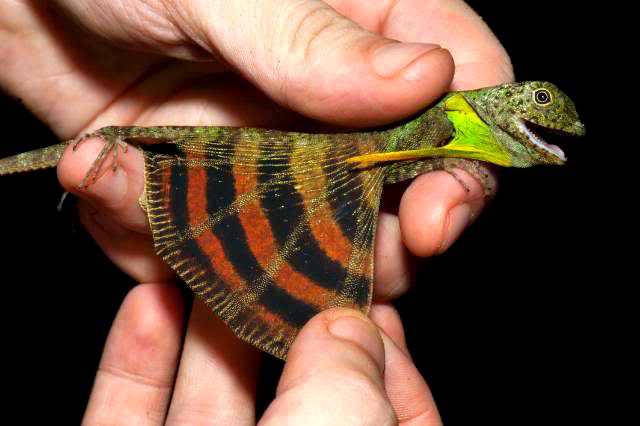 Habitat: from southern Thailand and Peninsular Malaysia to Sumatra and Borneo. Also recently found in Singapore’s forests
Status: Not Evaluated

If anyone ever tells you that dragons are not real just show them these photos of the Five-banded Gliding Lizard (Draco quinquefasciatus). After they’re done closing their gaping mouths, you can begin to explain to them that this nonfictional creature is alive and well in the steamy rainforests of Thailand, Malaysia, Sumatra, Borneo, and Singapore.

Reaching an average length (snout to vent) of 10 cm, the Five-banded Gliding Lizard is a member of the genus Draco (Draco MALFOY?! – sorry, brief Harry Potter nerd moment) which is, I kid you not, the Flying Dragon genus. How badass is that?

The Five-banded Gliding Lizard actually has modified ribs that extend out into the wing membrane (sort of like a framework that the membrane rests on). There are also a small set of neck flaps that serve as horizontal stabilizers during flight.

Glides of up to 60m have been recorded with the lizard only losing about 10m in height. That’s pretty extraordinary for a creature that’s only 10 cm!

So, while it isn’t sitting around guarding heaps of treasure (er, I’m guessing…), it is gliding through the forests like a total majestic beast. 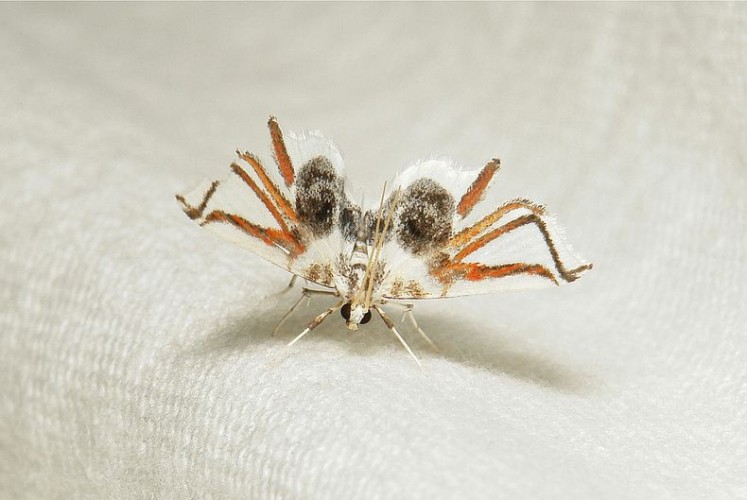 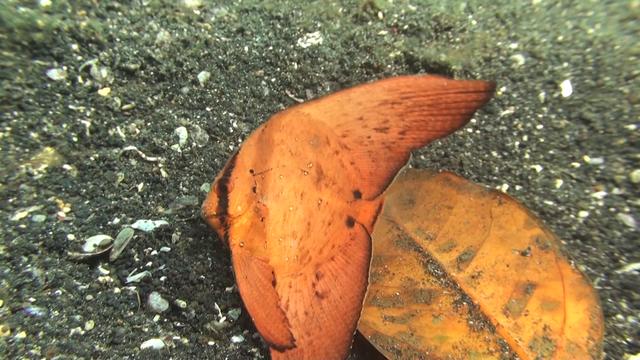 Your Tye-Dye Face Turns Me On, Schlegel’s Asity