image source: dailymail.co.uk
Habitat: endemic to the island of Borneo, including Brunei, Kalimantan (Indonesia), and East Malaysia
Status: definitely not extinct!
Miller’s Grizzled Langur (Presbytis hosei canicrus) was first described in 1985 in Kutai National Park and Sangkulirang Peninsula, East Kalimantan, Indonesia. It is a subspecies of Hose’s Langur (Presbytis hosei) that is extremely rare. In 2004, scientists stated that they believed the creature was now extinct. Guess not!
Thanks to a team of international scientists, Miller’s Grizzled Langur has been rediscovered deep within the forests of the eastern tip of Borneo – a location that the monkey had never been historically documented as inhabiting before! The langur has a distinctive dark face and a white, Dracula-esque ‘collar’ of fur. These are some of the only photographs of the monkey ever taken – most were snapped by camera traps. The expedition leader, a PHD student from Simon Fraser University, Brent Loken, said, ‘It was a challenge to confirm our finding as there are so few pictures of this monkey available for study. The only descriptions came from museum specimens from the 1940s and ’50s,’ said Loken.
Read more on the discovery here. 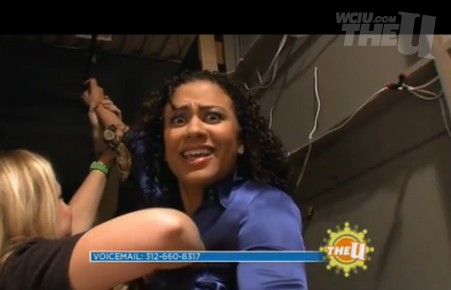