Elephant Nose Fish: You Know I’m All About That Trunk (No Treble)

Habitat: native to the rivers of West and Central Africa, in particular the lower Niger River basin, the Ogun River basin and in the upper Chari River
Status: Not Listed

As I’m sure you must have noticed by now, there’s something definitely fishy going on with this fish. That strange appendage at the end of its chin isn’t what appears to be a trunk, but rather it’s a sensitive extension of the mouth that it uses for self-defense, communication, navigation, and to find food. Scientists still thought it resembled one enough to give it the common name Peters’ Elephant Nose Fish (Gnathonemus petersii), though. And no, I do not know who Peters is (but he is one lucky guy to have this awesome fish named after him)!

These odd creatures are found in the muddy, murky, and heavily-vegetated rivers of West and Central Africa in slow moving waters. Once thought to be completely blind, scientists have since determined that they can see well in low light conditions. Their main means of “seeing” the world is through electrical impulses, which the fish weakly emit using specially-adapted muscle tissue located towards the tail. It also has electroreceptors (those spots you see on the image of the fish below) which allow the fish to receive electrical signals. With these, the fish can sense the itty-bitty changes if the field around it is disturbed, and navigate in pitch black, essential skills for a poorly-sighted fish when hunting prey or… being hunted. Even cooler, this adaptation allows the fish to communicate with each other and find partners!

“Shock me like an electric… elephant nose fish… ” ♪♫♬

Elephant Nose Fish also have relatively large brains, possessing the equivalent of a human brain in terms of its size! There are 3 different types of electroreceptors that carry information to different parts of the fish’s brain, all which enable it to tell between different species of fish, and, get this – even their sex – in total darkness!  This is like trying to find a date in one of those jokingly dark bars times x 1000.

The Elephant Nose Fish ‘trunk’ only works when there is a soft substrate for it to poke around in. The organ is covered in electroreceptors, like much of the rest of its body, so if something is moving in the sand it can detect that movement lickety-split.

Of course, it takes some time to grow into your elephant nose…

It’s literally hard for me to continue writing while staring at that photo. Good lord that baby elephant nose fish is adorable! *DEEP BREATHS* Ok, ok, show must go on…

So one last thing, in rare cases there have been recorded instances of albino Elephant Nose Fish. I found a picture of one and wanted to show you guys because um, albinos, and also because it reminded me of a really funky goldfish. 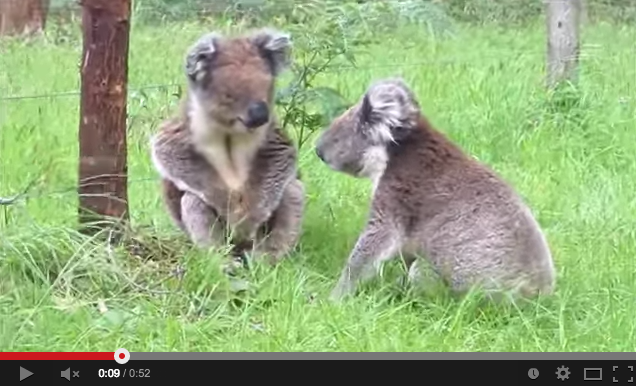