What lives in the darkness under the sea… a co-lo-ny of zooids! (that was sung in the Spongebob theme song in case you were unaware).

This remarkable ‘creature’ is not actually a creature at all, but multiple tiny creatures, called zooids, all living and working together. They combine to create what’s called a siphonophore; a long, thin, sometimes transparent pelagic floating colony that can superficially resemble a jellyfish. One of the best “known” siphonophores is the Portuguese Man of War (Physalia physalis) – I put known in quotes because many of the people who have heard of this infamous sea beasty think it’s a jellyfish. Now you can tell all your friends at the beach otherwise!

Portuguese Man of War – not a jellyfish. Photo: http://imgarcade.com/

But back to the deep sea siphonophore at hand… this is a new species that has yet to be identified. It was spotted by the Hercules’ cameras of the Nautilus Live expedition, a broadcast ocean exploration that anyone with internet access can be part of. The expedition is being headed by Dr. Robert Ballard, who famously discovered the wreck of the Titanic. Dr. Ballard has got Lady Luck on his side, because these creatures are free-floating and relatively small compared to the vast amount of wide-open ocean that the expedition has to cover. What I mean to say is, spotting this bizarre creature was like finding a purple needle in a haystack!

When you watch the video of this thing, it really looks like one singular animal. It’s hard to imagine that it’s actually made up of of these individual things (zooids) that work in conjunction to be “one animal.” It really messes with your head, if you think about it for too long.

To break it down for you, the colonial siphonophore is composed of many physiologically integrated zooids. Each zooid is structurally similar to other solitary animals, but the zooids are all attached to each other rather than living independently. They do not come together to form a colony, but arise by budding from the first zooid, which itself develops from a fertilized egg. The thing is, each zooid is highly specialized. For example, there are nectophores which propel the colony forward but lack the ability to feed, whereas the feeding polyps allow the creature(s) to eat but not swim. So basically, each individual organism lacks the functionality that another one has, and therefore relies on its friend to do what the other cannot. This page dedicated to siphonophores describes them in even more detail. 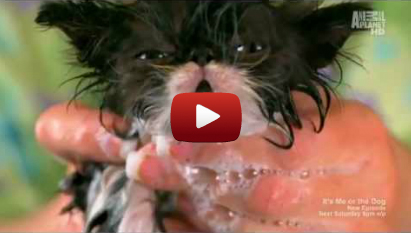