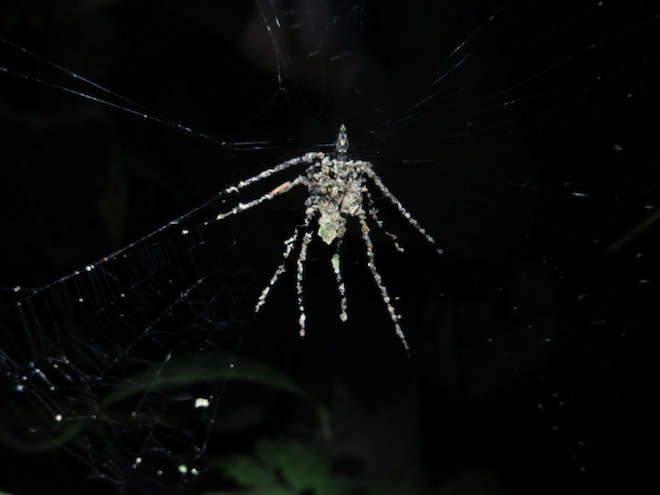 Scientists have discovered a new species of spider that brings the story of Charlotte’s Web to life, albeit, a little more strangely. Silently lurking in the Peruvian Amazon is a species of spider that crafts an elaborate, fake spider which is placed in the creature’s web to serve as a distraction to predators.

These spiders are believed to be a new species in the genus Cyclosa, which already includes other sculpting species though none had been recorded to build a replica with long, spindly legs – until now. The decoy is crafted from leaves, debris, and dead insects which are, apparently, all the materials necessary to create a life-like spider dummy. “It seems like a really well evolved and very specialized behavior,” said Phil Torres, who described the find in a blog entry written for Rainforest Expeditions. Torres is a biologist and science educator who divides his time between Southern California and Peru where he’s involved in research and education projects.

In September, Torres was leading visitors into a floodplain surrounding Peru’s Tambopata Research Center, located near the western edge of the Amazon. From a distance, they saw what resembled a smallish, dead spider in a web. It looked kind of flaky, like the fungus-covered corpse of an arthropod.

But then the flaky spider started moving.

A closer looked revealed the illusion. Above the 1-inch-long decoy sat a much smaller spider. Striped, and less than a quarter-inch long, the spider was shaking the web. It was unlike anything Torres had ever seen. “It blew my mind,” he said.

So Torres got in touch with arachnologist Linda Rayor of Cornell University who confirmed the find was unusual. “The odds are that this [species] is unidentified,” she said, “and even if it has been named, that this behavior hasn’t previously been reported.” Rayor notes that while more observations are necessary to confirm a new species, decoys with legs — and the web-shaking behavior — aren’t common in known Cyclosa. “That’s really kind of cool,” she said.

Afterward, Torres returned to the trails near the research center. Only within a roughly 1-square-mile area near the floodplain did Torres find more spider-building spiders — about 25 of them. “They could be quite locally restricted,” he said. “But for all I know, there’s millions of them in the forest beyond.” The spiders’ webs were crafted around face-height, near the trail, and about the width of a stretched-out hand. Some of the decoys placed in the webs looked rather realistic. Others resembled something more like a cartoon octopus. (story and text via Wired)

No word on whether a “hero pig” was spotted nearby… 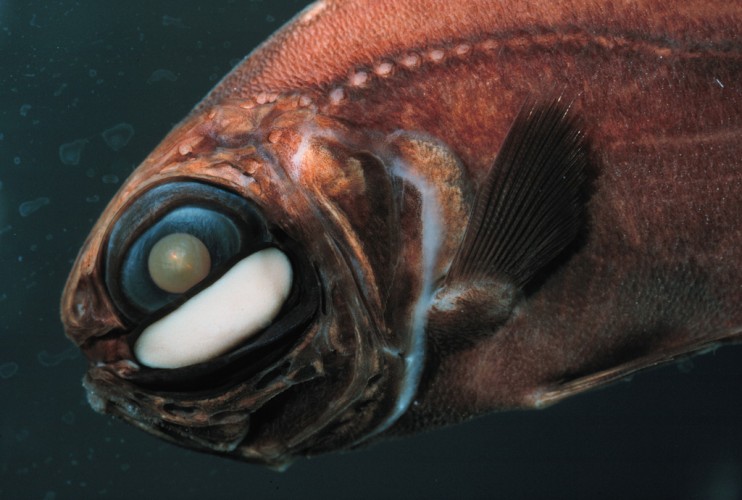