Bird Burritos: Weighing of Owls Is the Cutest Thing Ever! 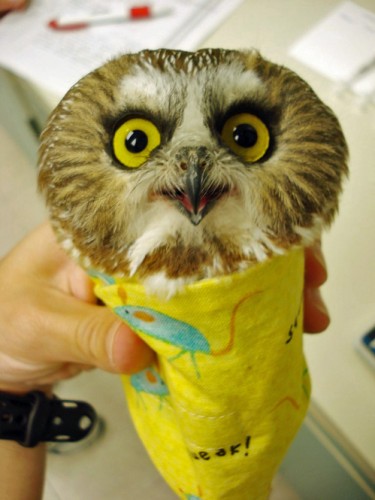 The University of Minnesota Raptor Center’s clinic has admitted over 15 Northern saw-whet owls since the beginning of October 2012 and these are some of the amazingly adorable photos of one of these owls in the process of getting weighed – which transforms them into ‘bird burritos’. It’s not unusual for these Northern saw-whet owls to be admitted during this time because it’s when they are typically making their winter movements.

Most were admitted for traumatic injuries from colliding with objects such as windows. Head and internal trauma were common injuries, but the bird pictured here suffered from a fractured pelvis.  This adult female saw-whet was a restless patient, but after about two weeks of cage rest and one week of exercise, her energies were once again put into surviving life in the wild. {source}

Northern Saw-whet owls are the smallest owls in Minnesota, weighing only 65-100 grams. They also happen to be the cutest bird burritos on the menu!

photo: the raptor center
Wrapping wiggly patients, such as this saw-whet owl, in a specially designed wrap makes it easier to weigh them. 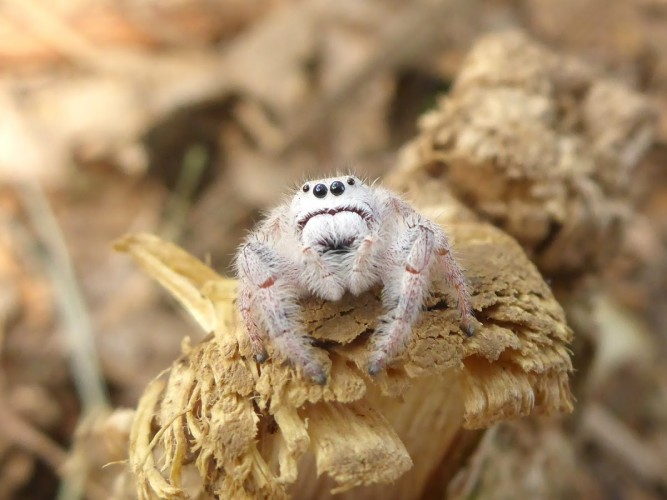 Video: Screech Owl Being a Chatterbox