The Stinging Rose Caterpillar (Parasa indetermina) looks like it was handcrafted from blown glass. The vivid highlighter yellows, reds, purples, and oranges are just breathtaking. However, don’t be tempted by its beauty into thinking that you can handle it safely. As its name implies, this guy packs quite the sting! A prick from one of its spiked horns results in an irritating skin rash, a hypersensitive reaction, and other complications  serious enough to be called stinging rose caterpillar poisoning.

Moral of the story: look but don’t touch!

Oh, and here’s the adult. He’s pretty unassuming now, isn’t he? Must have gotten sick of his flamboyant  younger years and opted for a much more demure lifestyle later in life. I feel like I might be following in his footsteps…

The Art of Penis Fencing: Flatworms! 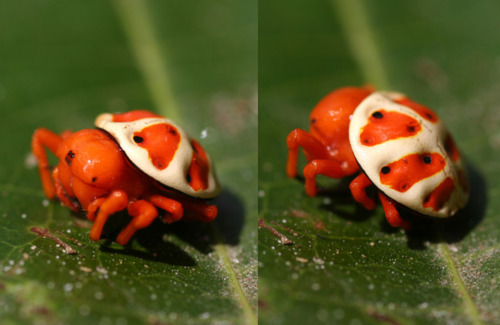