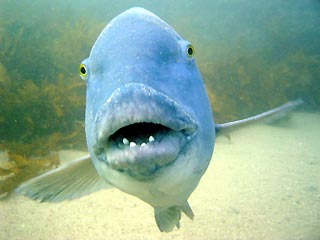 Get it?! Get it?! See the play on words I did there with school – like a school of fish! Hahaaaa. But seriously, check out these bizarre photos of the Eastern Blue Groper (Achoerodus viridis) which is lucky enough to be entirely unphotogenic and and possess a creepy name (groper? really?).

Obviously for those reasons, New South Wales decided to make the fish its state emblem in 1998. Make sure you don’t think this is a species of grouper, it’s actually a type of wrasse. Just a big, fat kind with kissable (?) lips. They reach lengths of around 3.9 ft and can weigh 49 lbs and are supposedly pretty friendly with humans! 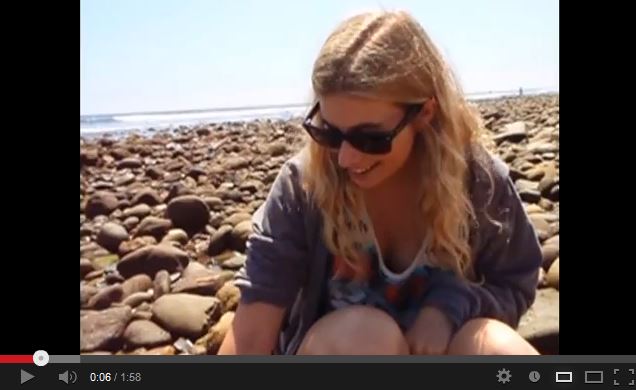 How Big Do You Like Your Man to Be?

Don’t Look Directly Into Its Eyes!