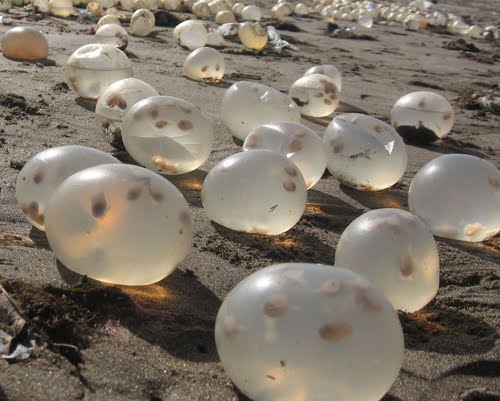 The seashell above, Adelomelon brasiliana, looks like your average shell. You might spot it on the beach (if you’re on the South American coast) and really not think much of it. I mean, from the outside it’s not that impressive – pure white or shades of grey and shaped rather averagely. It’s not until you see what it lays does this creature become interesting…

This marine gastropod mollusk gives rise to free-floating egg capsules that happen to look (a little too much) like alien spawn. Honestly, when I first saw the cover photo for this post I thought we were looking at props from an alien invasion movie. Invasion of the Sea Snails doesn’t sound as thrilling, though, as something from another planet. While it might not fit Hollywood’s standards, I think these snails produce some pretty incredible offspring.

Several snail embryos are laid in a big sac filled with intracapsular fluid, which contains a nice mixture of proteins and sugar for the snail to thrive on. In a study conducted by Diego C. Luzzatto, it was found that oviposition (or the laying of the eggs) was determined by water temperature. Reproduction occurred from September/October to May/June.

The eggs are laid and develop close to the shoreline. Since they are not attached to anything and able to float freely, they are in danger of being washed ashore during storms and becoming stranded, thus suffering mass mortality. This was probably the case with the photos above, unfortunately. According to the study, though, this only occured one year out of the three that Adelomelon brasiliana was studied. Hopefully this means mass strandings are not (too) common.

It takes around 57 ± 4 days for the snails to fully develop. As it got closer to the time of hatching, the protein and sugar concentration and pH of the intracapsular fluid decreased, according to the study.

So next time you’re walking along the Argentinian coast and come across what appears to be an alien invasion… no fear! They’re not giant alien boogers sent to steal your soul – just giant snail eggs. Yay! Your soul is safe! 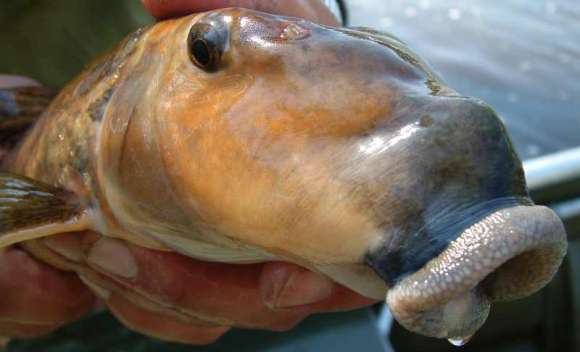 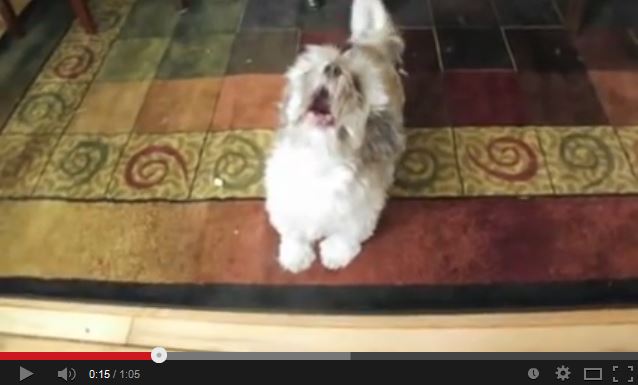 Video: This Dog Barks Like a Person Screaming For His Life