via: ukmantisforums.co.uk
Habitat: Southeast Asia
Status: No Conservation Concerns
You would never know just by looking at the photos above that this is a praying mantis. That’s because as a baby, or nymph, the Asian Ant Mantis (Odontomantis planiceps) resembles a little black ant perfectly! Why would a praying mantis want to mimic an ant you ask? Well, ants are extremely aggressive, so many animals don’t mess with them.  Also, a lot of them have an acidic taste and venomous sting… and they travel in numbers.  If there’s one ant around, there’s probably 100’s of others ready to defend it.  For this reason, there’s MANY insects that mimic ants… like this spider ant mimic that was previously featured!

The nymphs of the Asian Ant Mantis are only a couple of centimeters in length, as shown below. I’ve put a heart (naturally) around the little guy so you can see it better (click to enlarge the photo).

© interestingplants
As the nymphs grow, they eventually lose their ant-like appearance and begin to look more like your conventional praying mantis. They still remain tiny as adults, though, only growing to about an inch in length. Such a fascinating little creature! 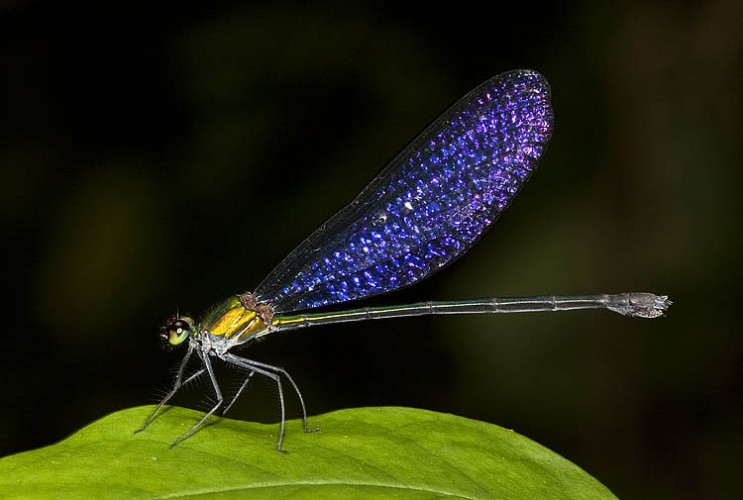