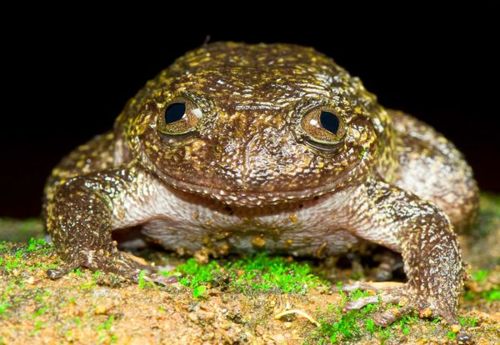 12 new species of frogs have recently been discovered in western India. No one is quite so sure why they all look so happy. I think it has something to do with making the National Geographic headlines… I know I would be over the moon if that happened to me, at least! Whatever the actual reason is for their smiles, I’m sure glad these overly happy frogs were discovered.

Above is the Coorg Night Frog (Nyctibatrachus sanctipalustris), which has been rediscovered after 90 years of not being seen. It was originally described in 1920 by CR Narayana Rao, “the pioneer of Indian amphibian research.”

The species was discovered in Coorg—now Kodagu—an area in India’s Karnataka state.

Biju Das, a biologist at the University of Delhi, led the mission alongside his colleagues. Das said they were only able to find one male Coorg Night Frog in Mercara, a town near Kodagu.

Unlike their brethren, which are known to abandon their eggs when threatened, Wayanad frogs will stay and fight aggressors in order to protect their youngsters. For example, “when the [egg] site was approached too closely by the investigator, the guarding animals … instantly inflated or raised the body, and did not hesitate to bite a twig or a finger,” according to the study.

Several loud-singing Gavi Night Frogs (Nyctibatrachus gavi) were spotted by Das and his colleagues in a cardamom plantation in India’s Kerala state. It’s named after Gavi, a village in the middle of the plantation.

Apparently, many of the 12 newly discovered species are insanely rare and can only be found in small pockets of protected forests. The Gavi Night Frog, however, only lives outside reserves and therefore is in need of conservation attention, Das said.

The Spinular Night Frog (Nyctibatrachus acanthodermis) is also among one of the largest species in this genus. It reaches somewhere around 2.6 inches in length. The frog is known from only a single area in Kerala state.

Its scientific name, Nyctibatrachus acanthodermis, derives from two Greek words—acanthos, meaning “spine” or “thorn,” and dermis, meaning “skin”—a reference to the spiny skin on the frog’s back.

And last but not least we have the Meowing Night Frog (Nyctibatrachus poocha). It’s unique “catcall” inspired its name. The ‘poocha’ means “domestic cat” in the local Indian language. Das said that this frog has a “secretive lifestyle,” hiding out inside rock crevices in the states of Western Ghats-Kerala and Tamil Nadu. It only reaches a length of around 1.4 inches.

Between 1994 and 2010, Das and colleagues scoured forests along Indian’s western coast for nocturnal, stream-dwelling frogs in the poorly studied genus Nyctibatrachus. In addition to revealing the 12 new species, the team rediscovered 3 species thought extinct, according to the study, published September 15, 2011 in the journal Zootaxa. 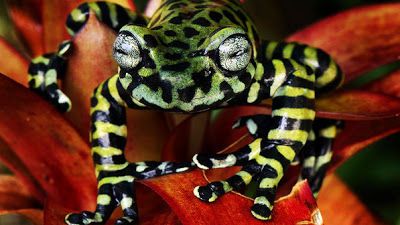 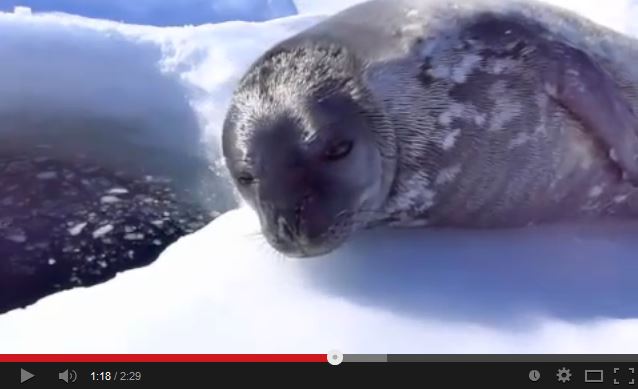