Here’s the next installment in strange dog breeds. Make sure you check out the first post for the original odd puppies!

image source: Mogwai the Alaskan Klee Kai
The Alaskan Klee Kai is an ADORABLE (look at that first picture!!! THE BONE IS SO BIG!) miniature version of the Alaskan Husky. “Klee Kai” even means “small dog” in Alaskan Athabaskan language. These dogs were bred to be a companion sized replica of the husky that were fit for apartment living. They come in three sizes:

A rugged herding dog is the Bouvier des Flandres which has goes by the name of Vuilbaard, or ‘dirty beard.’ This powerful dog was bred to be able to perform tirelessly, herding and guarding cattle and even pulling cargo carts back in the day. My favorite characteristic is definitely its large head and scruffy beard which just looks like it would be fun to pet. And since these dogs have a gentle and calm nature, I really wouldn’t mind a little cuddle sess!

Originating from Sicily is the Cirneco dell’Etna; a small dog that was historically used to hunt rabbits that is able to go for hours without food or water. They also have a very keen sense of smell, so maybe don’t torment them by cooking lots of things with garlic. Just a thought.

If you ever wanted to own a Polar Bear, this is as close as you’ll ever come to it. The Akbash Dog is a pretty large breed, with females weighing around 90 lbs and males 120 lbs with a height from 27 to 34 inches. While it is a relatively low energy breed, the Akbash is very aware of its surroundings; constantly taking in what’s going on around it and “sleeping with one eye open.” Are you aware I want to cuddle you forever, Mr. Akbash?

image source: xenophilius.wordpress.com
You’re looking at the rare Xoloitzcuintli, or Mexican Hairless Dog as it is known in English speaking countries. Archaeological evidence indicates that this strangely (almost) bald breed has been around for more than 3,000 years in Mexico. It is believed that early ancestors of Xolos originated from hairless mutations of indigenous American dogs. These dogs make excellent companions, as the Aztecs apparently knew since they were considered to be sacred. They believed the dogs were needed by their masters’ souls to help them safely through the underworld. Today, masters simply need them to not poop on the carpet.
Norrbottenspets

Hailing from Norrbotten, Sweden and Lappland/Kainuuland, Finland is the Norrbottenspets – a breed with a fun name that’s a bit of a tongue-twister. These dogs make excellent hunters and some individuals have even been known to take down moose and grizzly bear! Interestingly, the breed almost died out by the end of World War I and were only saved after enthusiasts started a breeding program in the 1950’s and 60’s. This is why we need active animal lovers!

THe Mudi’s curly or wavy coat comes in a variety of gorgeous colors including black, brown, white, yellow, gray, graybrown, black merle, brown merle, gray merle, and graybrown merle. Whew! Lots to choose from there. But just because they’re pretty to look at doesn’t mean that’s all they’re good for. Mudi’s can an compete in dog agility trials, obedience, Rally obedience, Schutzhund, showmanship, flyball, tracking, and herding events. This dog really is a force to be reckoned with. Beauty and brains!

I looove this little black dog! The Schipperke only weighs between 7-20lbs when full grown. They have small pointed ears and a thick, long ruff (like a mane) that encircles its neck. Schipperke’s are incredibly adorable but they have a bit of a mischievous personality. They are known for a stubborn and headstrong temperament, and are sometimes referred to as the “little black fox”, the “Tasmanian black devil”, or the “little black devil”. Devilishly cute, more like it! 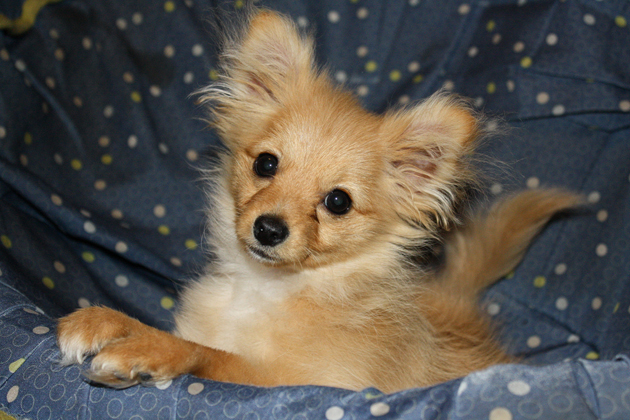