6 Bald Birds That Could Seriously Use Some Rogaine

Who knew that there were so many species of birds with balding issues?? Now you do! Some were made this way and others… were just unfortunate. May I present to you several species of flying friends who could definitely use some Rogaine… stat!

Starting off the list is the Vulturine Guineafowl (Acryllium vulturinum) that looks like it could be the next character in Beetlejuice or some other Tim Burton film. I think the pin-striping and bright blue feathers are what do the trick and then that perfectly bald blue head tops off the look.

These are large [61–71 cm] friendly birds that form flocks of about 25 birds even when it isn’t breeding season. While they have the capability to fly, these guys are a terrestrial species of guineafowl, preferring to run rather than fly when alarmed. Run, guinefowl, run! {said in Forest Gump voice. Obviously).

Only recently described in 2009, the Bare-faced Bulbul (Pycnonotus hualon) is the only bald songbird in mainland Asia, and one of only a handful in the world. This doesn’t give you the right to make fun of him. It’s the first new species of bulbul to be described in Asia in more than a century!

The mainly olive-green Bare-faced Bulbul is distinctive in having a bare pink face with blueish skin around the eyes and “no one knows why the bird is bald,” says a spokesman for the Wildlife Conservation Society. “It is so new to science, little is known of its biology or natural history.”

Here’s another large bald bird from Africa (apparently featherloss is a big problem there for birds?): the Southern Bald Ibis (Geronticus calvus).

These odd-looking birds breed in colonies amongst rocks and along cliffs where females lay 2-3 eggs which are incubated for 21 days before hatching. I wonder if they are as bald when they are born… probably more so, actually. Poor things.

Bald Parrots (Pyrilia aurantiocephala) were simply first thought to be a juvenile of the Vulturine Parrot. It wasn’t until genetic tests confirmed that these bald-headed parrots were adults that they were classified as a separate (and very different) species. Young of the bald parrot actually start out with a full head of green feathers… only to lose them as they mature. Sounds like the plight of many human men as well. Yay for being a girl (sometimes)!

This ugly, wrinkly, bald bird is the Lappet-faced Vulture (Torgos tracheliotos); the only member of the genus Torgos. It is the most powerful and aggressive of the African vultures – other vultures will even give up their found carcasses to the Lappet-faced Vulture if they happen upon them. However, while this may seem like a bullying move on the Lappet-faced Vulture’s part, it is actually beneficial to the less powerful vultures. Lappet-faces can tear through the tough hides and muscles of large mammals that the others cannot penetrate… and scraps are better than nothing!
Bald Penguin Chick

© Quirky China News / REX Features
Okay, so this isn’t your typical penguin. This pathetic little soul was born with absolutely no feathers – and his parents rejected him! One of the zookeepers said: ‘Its parents kicked it out from time to time, or even left it on the icy ground to let it die.’ He was then reared by keepers at the aquarium in China’s Liaoning Province who discovered that the penguin’s inability to grow feathers stemmed from difficulties digesting food and absorbing nutrition. Once those problems were solved, the baby began to grow his penguin feathers! Upon seeing their new and improved chick, the rest of the family decided to accept him back into the group.

Harsh world out there for bald penguins. Lemme tell ya. 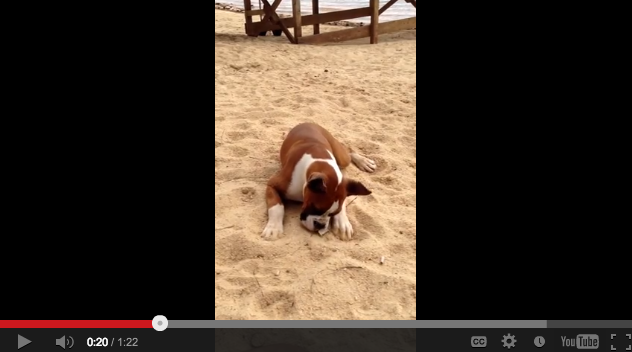 Boxer Reacts to Tasting a Lime 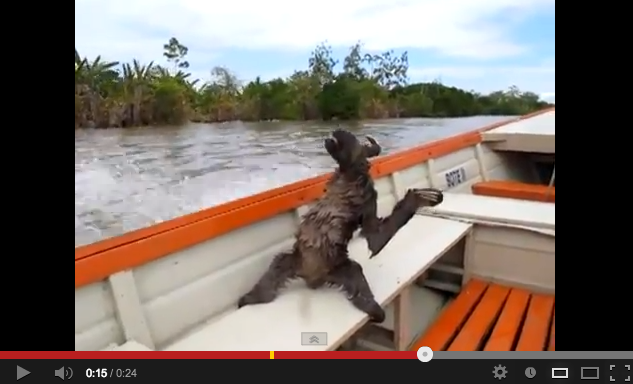